We recently celebrated our ethnic day on the 21st of December. It was also, in retrospect, a
sort of a farewell to our seniors. The students were in high spirits and the amphitheater was
filled with a myriad of colours and hues. It was a big event, spanning over almost the entire
working day, so we’ll try to be short and sweet and list out the standout performances.
After a brief introduction by us, the proceedings were kicked off by Vidisha of 2A, who
performed a musical piece of a Carnatic song melodiously. We then had an exhibition of
speed art, with Abhishek of 1A working furiously against the music. In the end, he’d made a
beautiful portrait of a Kathakali dancer which amazed the audience. 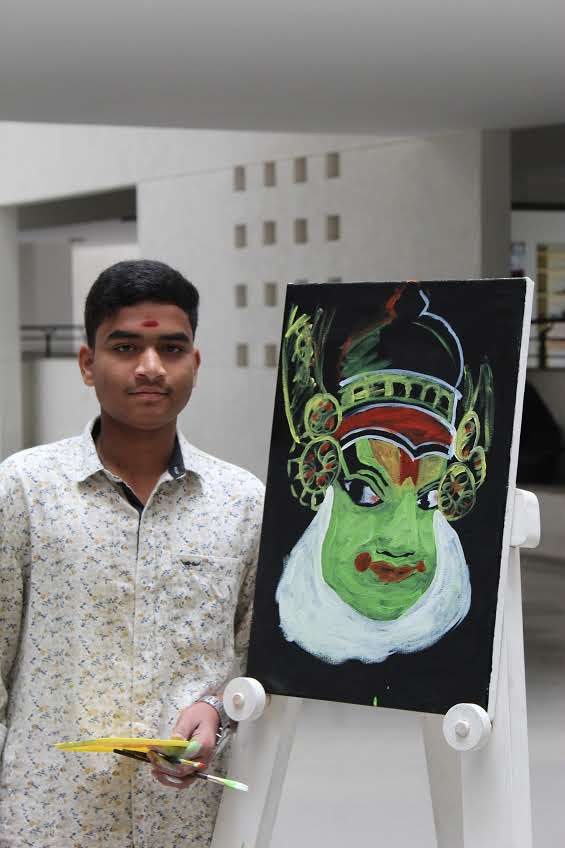 Then Kavya of 1D spoke about how we would miss our seniors and how they had been role
models for us. There were a couple of dances that gracefully blended Bollywood and
Hollywood which enlivened the atmosphere. There was even a fashion show which proved
to be a stunning display of panache and glamour. 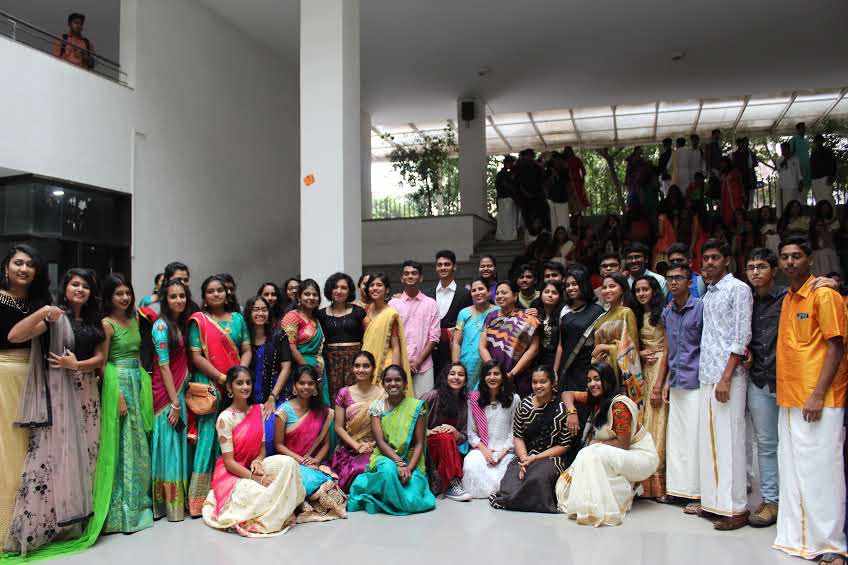 In between, we played a game of Mad Libs, and the audience participated wholeheartedly. It
was quite fun to read out the result. We had a harmonious instrumental performance of
Avengers and Interstellar theme songs, played by Amaan, Arjun, and Natasha. Then we had
a few more dances that were highly enthusiastic and engaging. 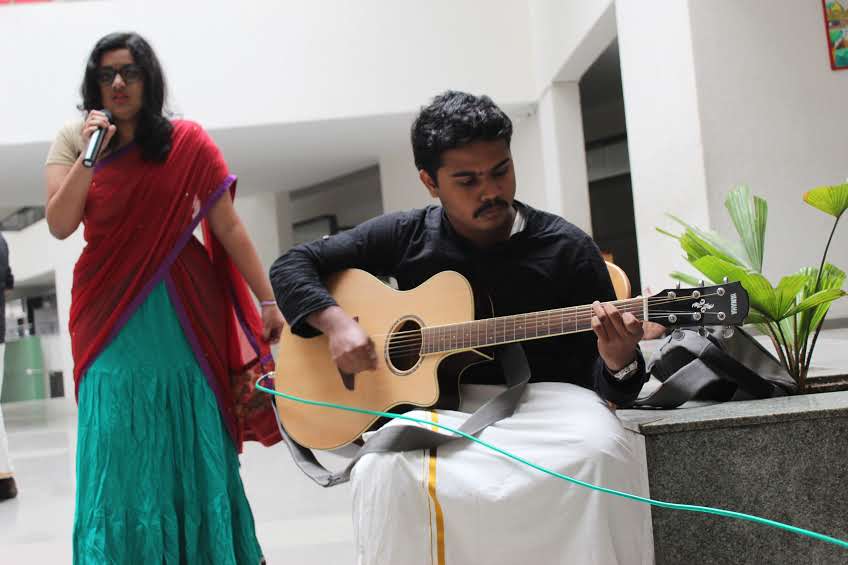 Following, Mukesh and Ayush from 2D presented a comedy sketch portraying popular
fictional politician Nograj (a creation of comedian and radio jockey Danish Sait) in an
interview. As expected, it elicited quite a few laughs and applause from the audience. 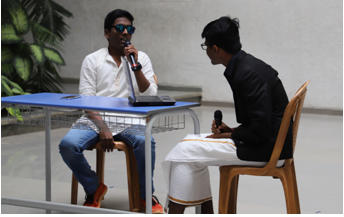 Then, after a few more dances and musical performances, we had an informal award
ceremony wherein we gave awards to the person who is “sweet as honey”, the fitness freak,
the coolest and the most athletic (we held a fun lemon and spoon race to determine that).
Reya, Saketh, Moksha, and Anvitha won them respectively, and deservedly too. There was
also a best-dressed award with Thimaya winning in the male’s category and Rashmi winning in the
female category. 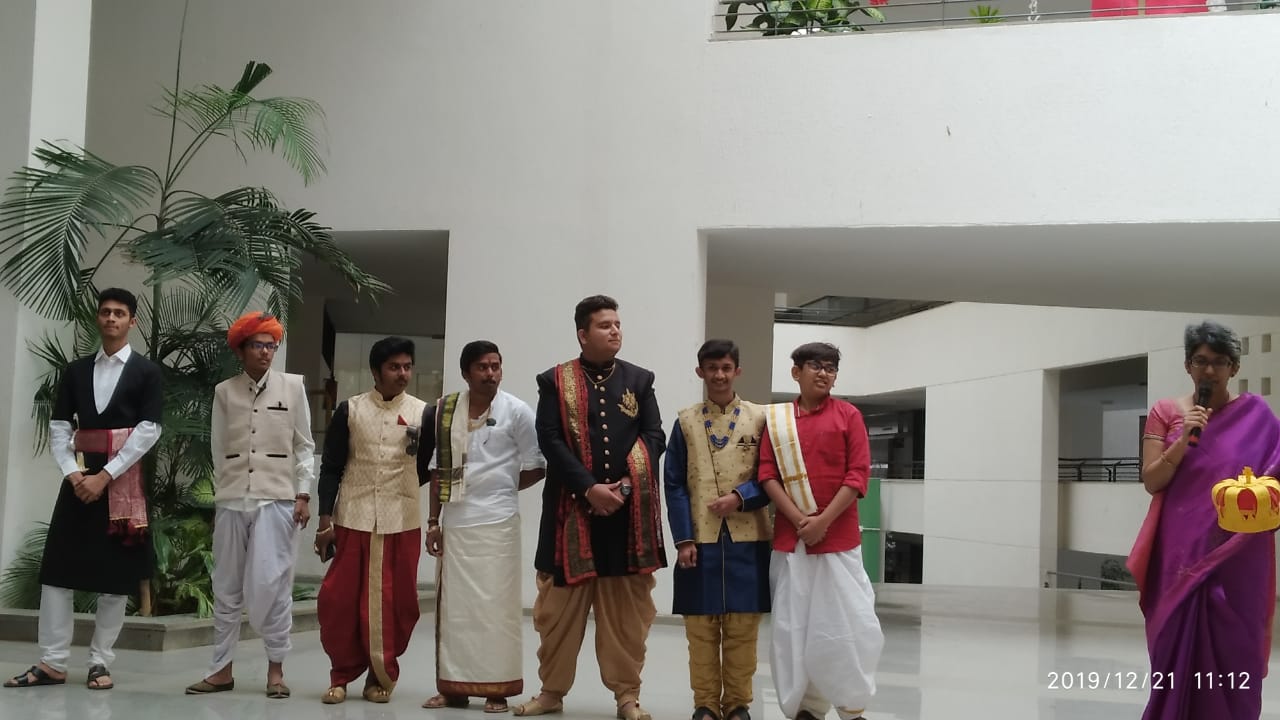 Then we had Rahul and Arjun beatboxing and absolutely enthralling the audience. It was
quite the entertainer. We prepared to wrap up with Christmas carols and farewell songs,
after a wonderful performance on the mouth organ by Bhashwati performing the famous
song, “My Heart Will Go On” by the legendary singer, Celine Dion. 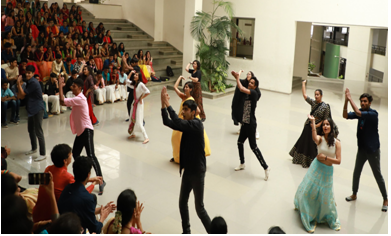 Finally, a flash mob consisting of the students of 2A and 2B took over the stage and danced
to a variety of songs that had everyone cheering and clapping, and worthily won the loudest
applause of the day. The day finally ended with everyone bustling about and taking pictures.
It was one of the most memorable events of the year.