Our Visit to the Indian Institute of Sciences (IISC) – CMRNPUC ITPL

On the 7th day of September, we, the students of CMR National PU College ITPL, embarked on the journey to the Indian Institute of Sciences (IISC) located near Yeshwantpur, Bangalore. IISC is known for its prestigious courses related to pure sciences and is the best institute for research in India. On our arrival there, we were truly amazed by the campus size and its scenic beauty. Stretching over many acres, the campus houses some of the most beautiful architectural works and some of the rarest botanical species. We were indeed lucky as we got the chance to visit the campus and take a look around the nano-sciences and computer labs. 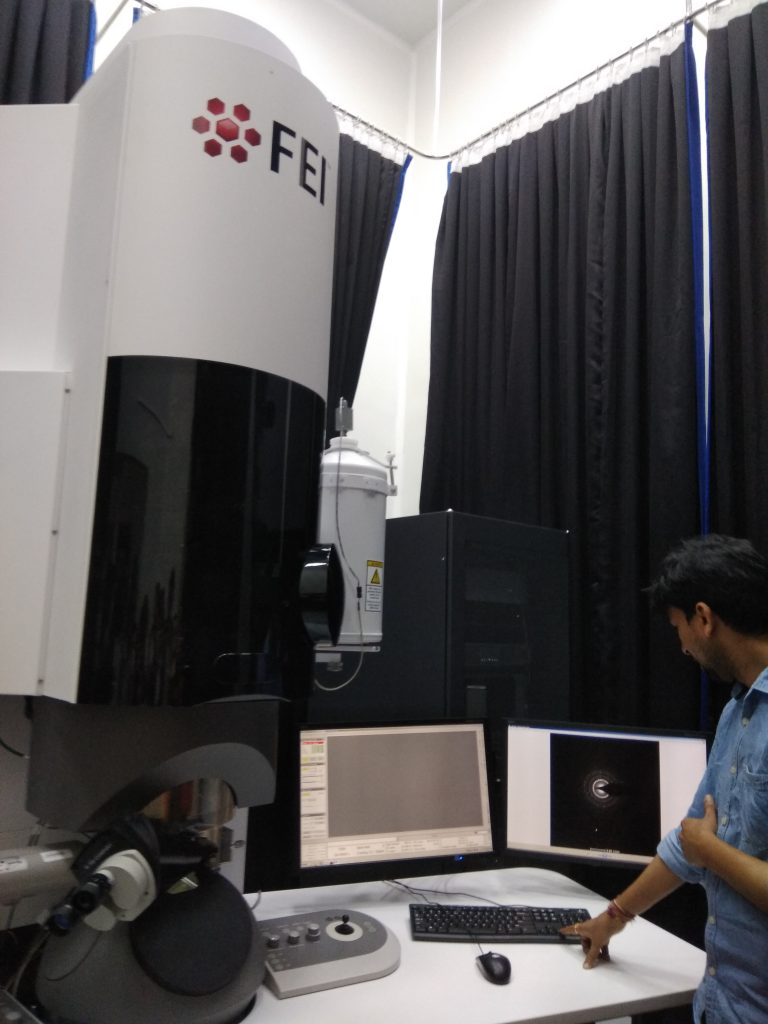 After a two hour journey to the campus, we first visited the Centre for Nano Science and Engineering (CeNSE) and the National Nanofabrication Centre. We got the opportunity to be guided by a wonderful student along the CeNSE. We were informed that the nano-sciences lab was built on a raised surface and was completely isolated from the rest of the labs so as to maintain the constant conditions in the research centre and to avoid external vibrations.  The lab was divided into different rooms which consisted of photo-resistor yellow light as their research materials at times could be sensitive to white light. This light piqued our curiosity as we weren’t aware of how some nano-particles can be sensitive to certain colours of light.  Each room plays an important role in the manufacture of a product from nano-particles. 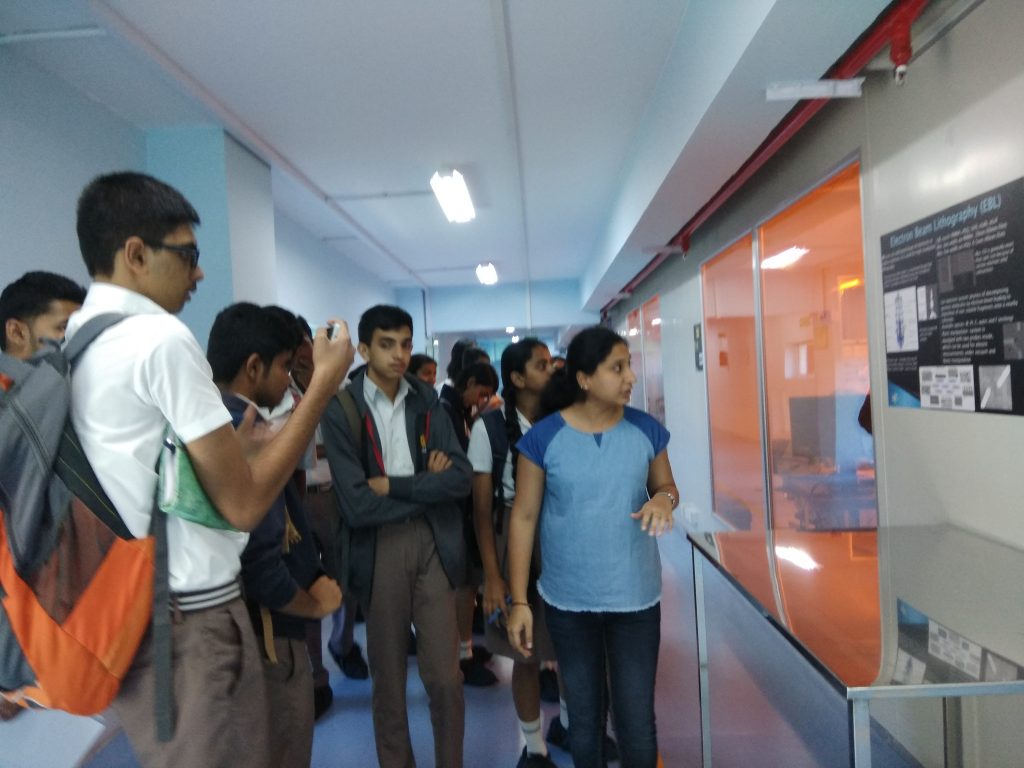 Along the tour, we saw many students and professors adorned in anti-static clothing to prevent repulsion from the machines they work with. We got to observe how wafers(the base disks) for computer microchips are created. We got a tour of the entire process, from lithography i.e creating a pattern and imprinting it on a wafer for the microchip, to etching which involved the removal of excess patterns on the wafers and the creation of a 3D feature for the wafer. We got to see the furnaces where deposition of metals like silica in minute quantities was taking place. We were also informed that each of their labs consisted of many machines doing small but important jobs. They have smaller devices present within the machines which do all the work. This was apparently done to increase the production efficiency and productivity. The entire process was really interesting as along with production, the students were also experimenting on contamination in a controlled environment. 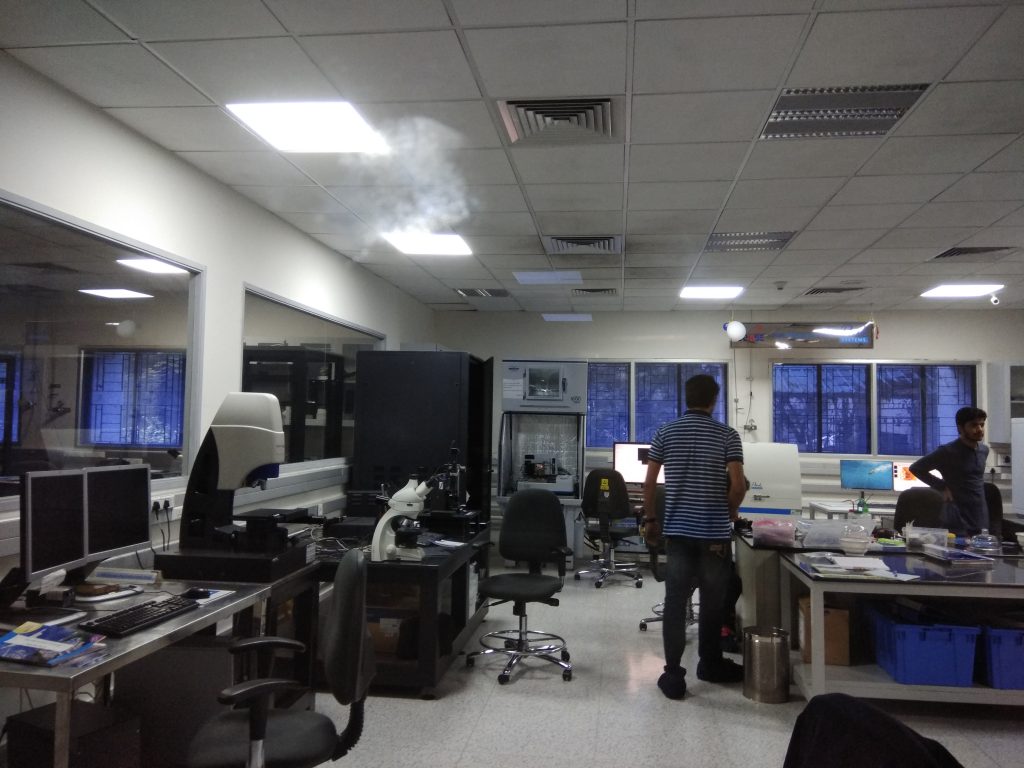 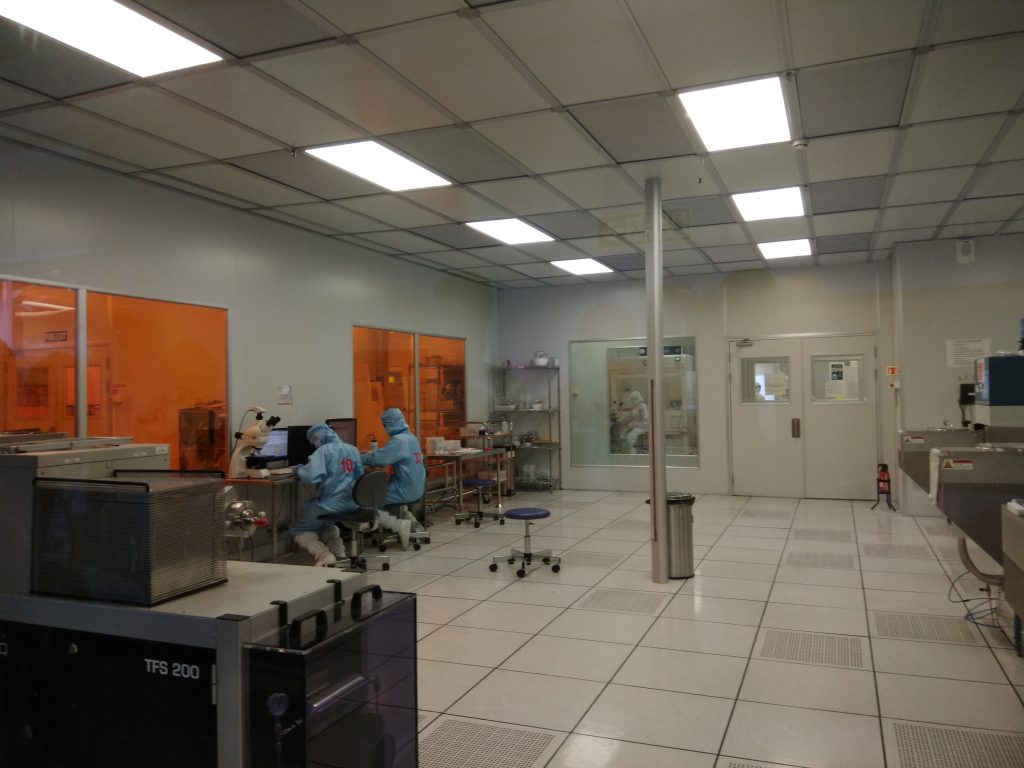 Along with these labs, there was also a separate department which was responsible for Characterization after the fabrication of the wafers. Characterization basically involves experiments on the product given by the CeNSE and it enhances the minute properties of the product such as its roughness, resistance, the static response in one dimension and other static parameters. This task is very crucial as it decides whether the product they have created is scientifically feasible or not. The whole department is divided into Mechanical, Optical, Electrical and Material Characterization. Each has their own special devices such as an Atomic Force Microscope, Scanning electron microscope, Focused Ion Beam, X-ray Photo Electron Spectroscopy and Particle Analyzer. 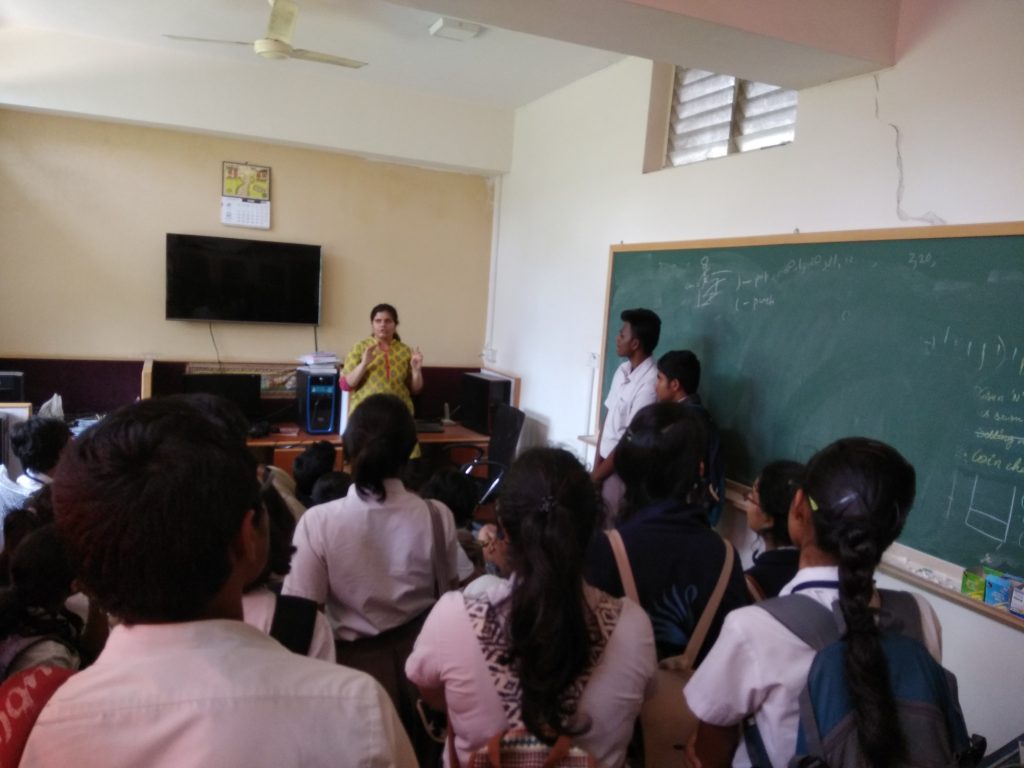 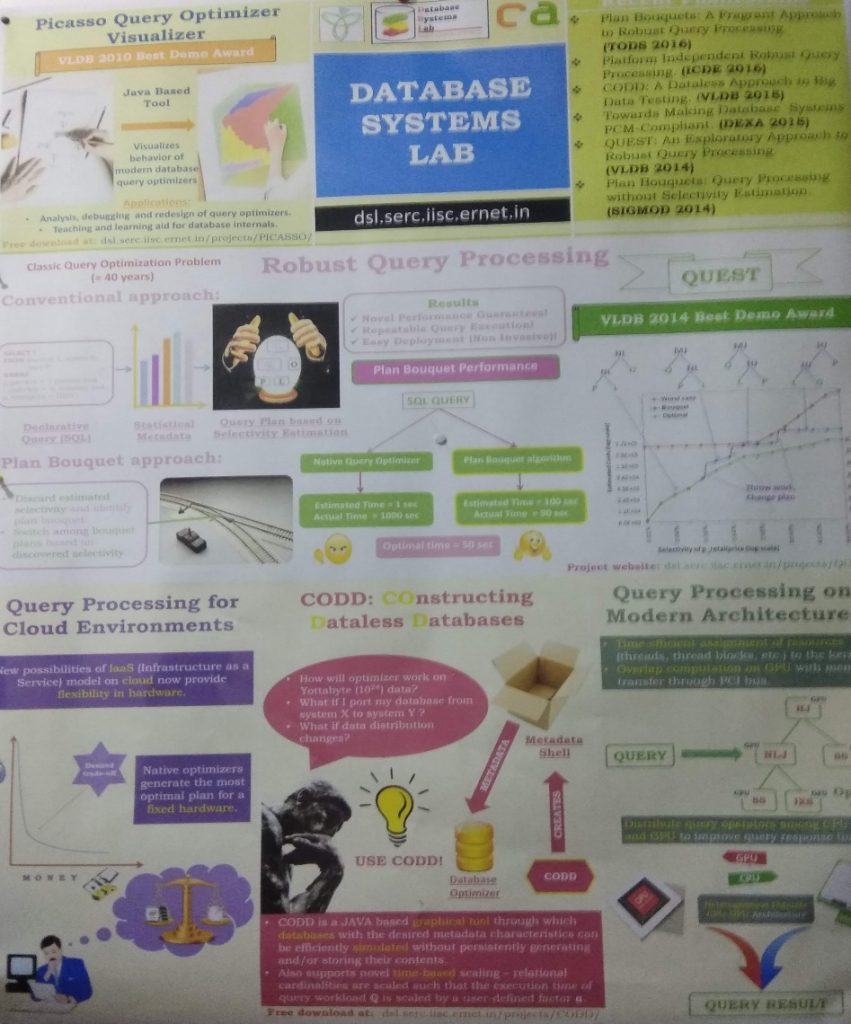 After the CeNSE, we also visited their computer lab briefly where we had a very interactive session with a professor from the Game Theory course Mr. Mayank. Contrary to popular belief game theory isn’t only about video games, it also involves mechanism designing and algorithms for problem-solving at every level theoretically and practically. We got to learn about brass paradox which is a part of mechanism designing. After three fun-filled hours, we had to take our leave. Though we were on the campus for only a short time, we learnt a lot about it. Apart from learning new facts, we also got the chance to roam around the campus. 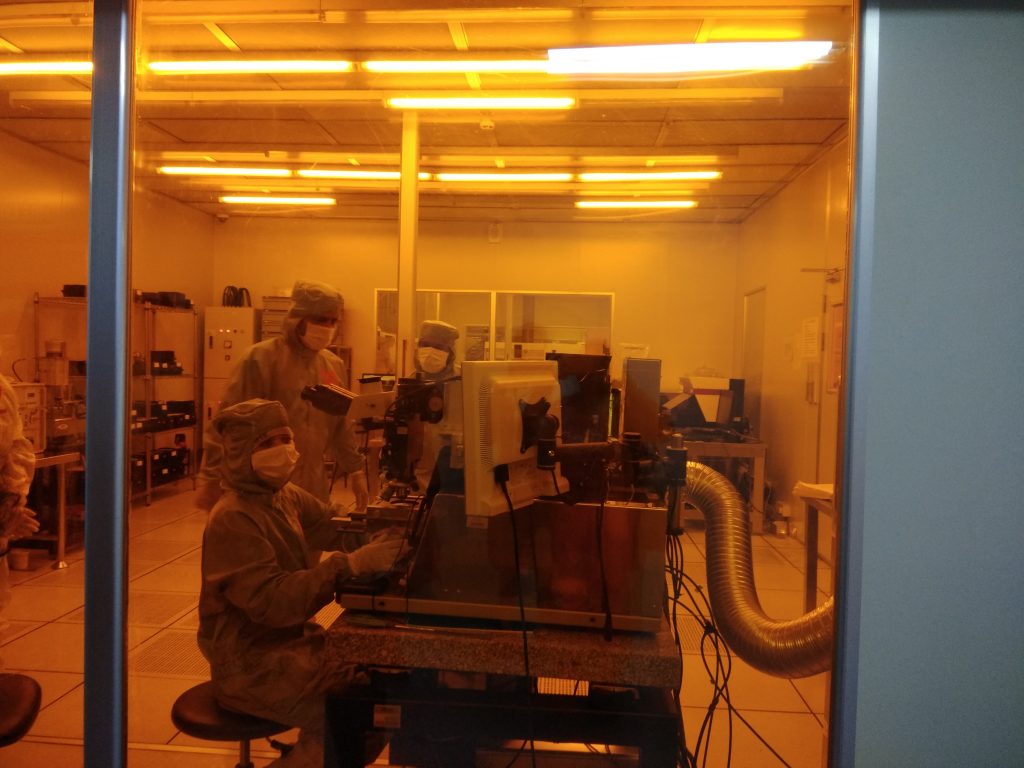 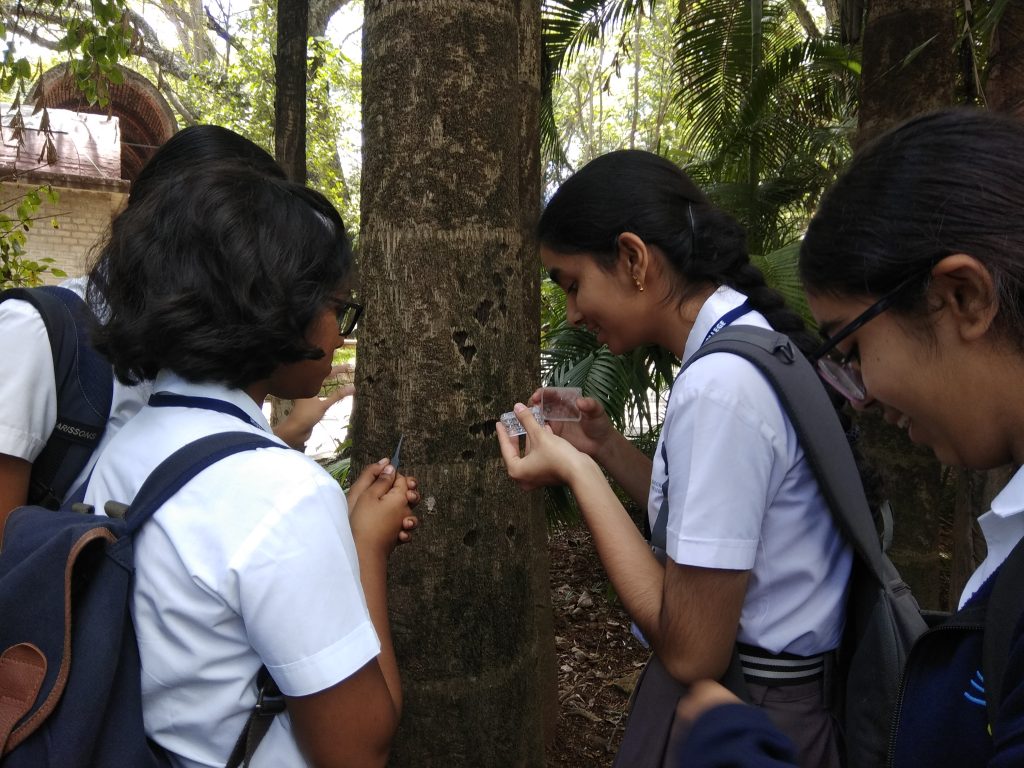 Many might say that within a few years, AI is going to take over all the jobs; but after visiting IISC’s labs – I have come to the conclusion that research in the biological and tech sector is one job that AI can never take over. Every small device we have today has been built from scratch by researchers and aspiring students after a lot of hard work and human intelligence. If we ever take the time to look into the research and experiments being done in institutes like these, we will be shocked at the developments they are making. While we sit back and complain about how our country isn’t on par with the other nations, there are professors and researchers experimenting every minute on how to overcome and create new solutions to further our development! 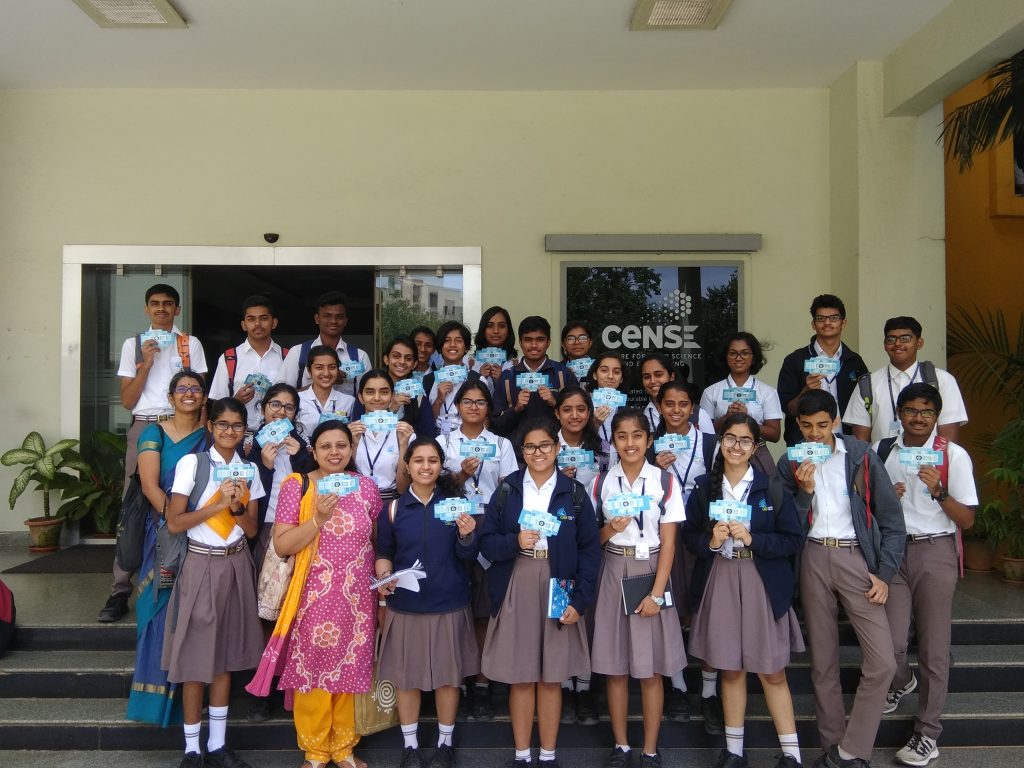