NextAn Unforgettable Trek!
Hear from Our StudentsTechnologyThe Week That Was

DSU Talent Search-2019
Neelank Khambete, Swapnil Datta and Ankit Hosamani of I PUC, ITPL attended the DSU Talent Search
workshop conducted by Dayananda Sagar University. The event, held between 12th -14th November,
comprised of two-day training session on different topics and a competition and exhibition on the
third day. While there were a number of courses on offer, we went for the “IoT and its applications
in day to day life” course, considering it to be useful as IoT is a buzzword in the IT industry
nowadays. 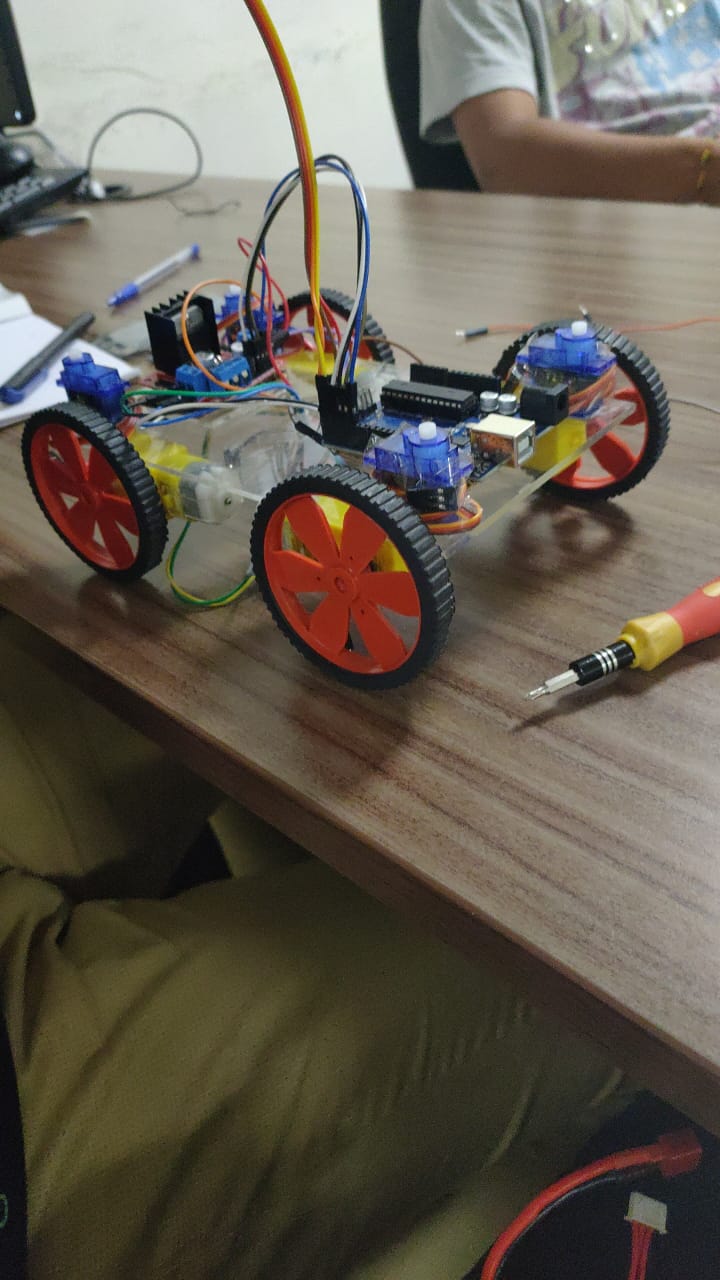 On the first day, we were given an introduction to the major trends in the industry today, which
were IoT, Blockchain, AI, AR and VR, and Security. The professor then went on to explain IoT with
examples and informative videos. After a short break, other lecturers and professors explained in
detail the working and parts of an Arduino board and the Arduino IDE, as well as the quintessential
Raspberry Pi. 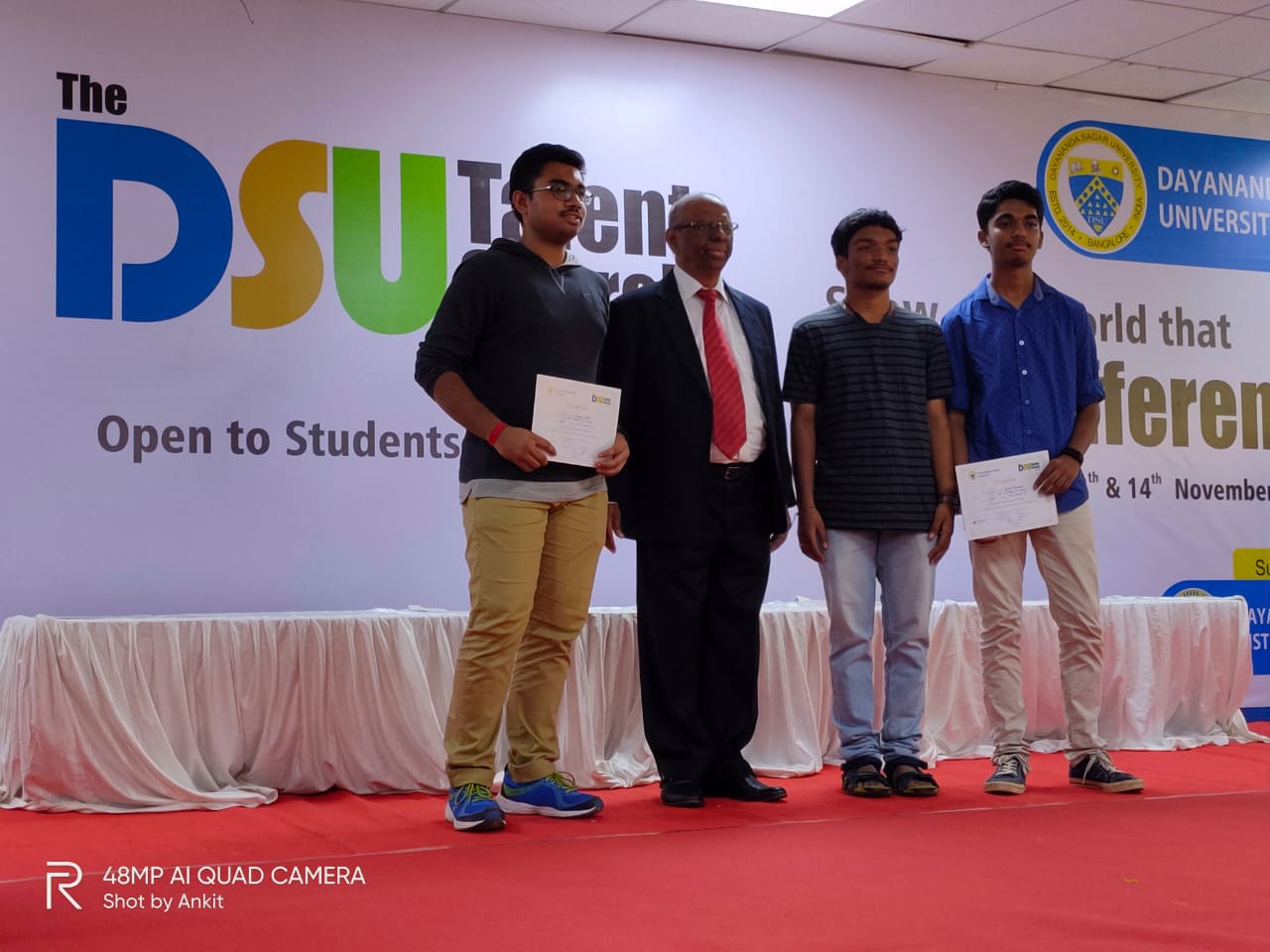 Then came in the 3 rd semester students with their numerous projects to demonstrate the capacity
and potential of Arduino boards. The projects included RC cars, moisture sensing devices for the soil
(as in to assist farmers in checking if their crops needed water), home automation systems and even
an automated parking ticket system. This continued on to the first half of the second day as well.
After this, we were given a chance to pick our “mentors” or the students who had given the
demonstrations for assisting in the creation of the project for the competition the next day. We
picked the team which had worked on an RC car, and Ankit suggested that we attach a moisture
sensor to the car. It was a brilliant idea. Most of the other teams working on these moisture sensors
had only built one demo, and to implement that on a large scale would mean putting multiple
sensors in multiple patches of land, which was both clumsy and uneconomical. However, we could
now put the sensor in the car, move it around and check different patches for moisture easily. It was
like having our cake and eating it too. The college students helped us earnestly. We assigned Ankit
and Swapnil to do the electrical connections, while I worked on the code that would keep it running.
We continued working on our project late into the night, and the next morning we were obviously
excited as we thought we’d nailed it. Thus feeling confident, we walked into the college and started
rebuilding the whole thing (competition rules). But in a cruel twist, our motor driver (the board
which controls the motors) completely failed. That meant we had nothing to show the judges. But in
an attempt to salvage the project, I suggested we at least demonstrate the working of the moisture
sensor, even though the car wouldn’t move and the servo motor had failed as well. So when the
judges came, we kept a confident face and answered all their questions correctly. We couldn’t do
anything about the non-functional car, so the judges moved on to the next team. We weren’t too
ambitious at this point in time, so we were ready to pack up and go.

However, we got to know that we had won third place! All of us were actually surprised and joyous.
The college students who had helped us were really happy and they congratulated us. When our
project was kept in the exhibition, people gave it more than just a passing glance. And it was all
smiles during the prize distribution ceremony. I assume it was our idea that won us the third place. If
the car had worked we would have got the second, or even the first place. 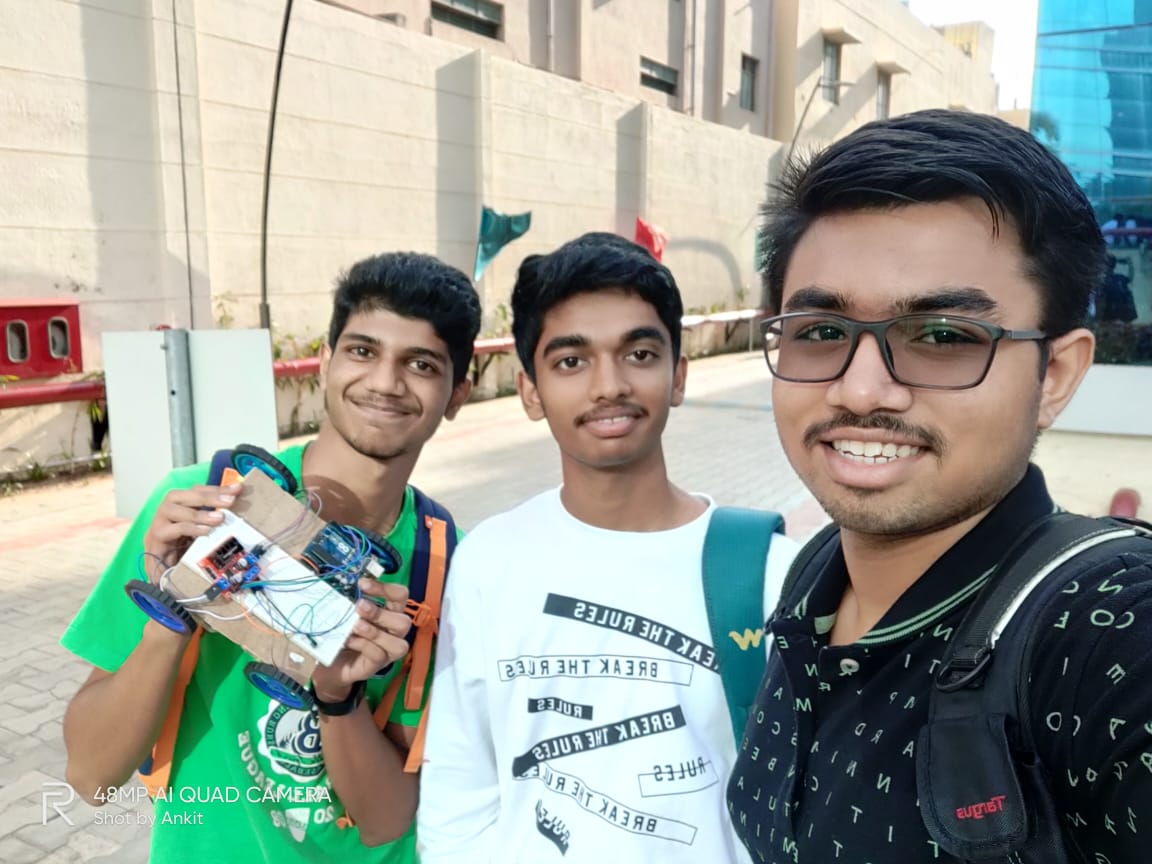 At the end of the three-day session, we were very happy and contented. We thanked the mentors
for their untiring support, took some pictures, and walked out having learned a lot, and also enjoying
every bit of it. It was truly a great event, and definitely something to remember.
-Neelank I PU