On the 7th of September, we the students of CMR National PU College had the
privilege of organizing an inter-house Literary Day. The day was the result of
heaps of hard work put forward by many people. The whole idea seemed
intimidating. As the literary representative, I knew I had a long but rewarding
challenge ahead of me. This venture we had set up on would not have been
possible without the effort of our English teacher, Savitri ma’am, who guided us
through every step of the way enthusiastically. 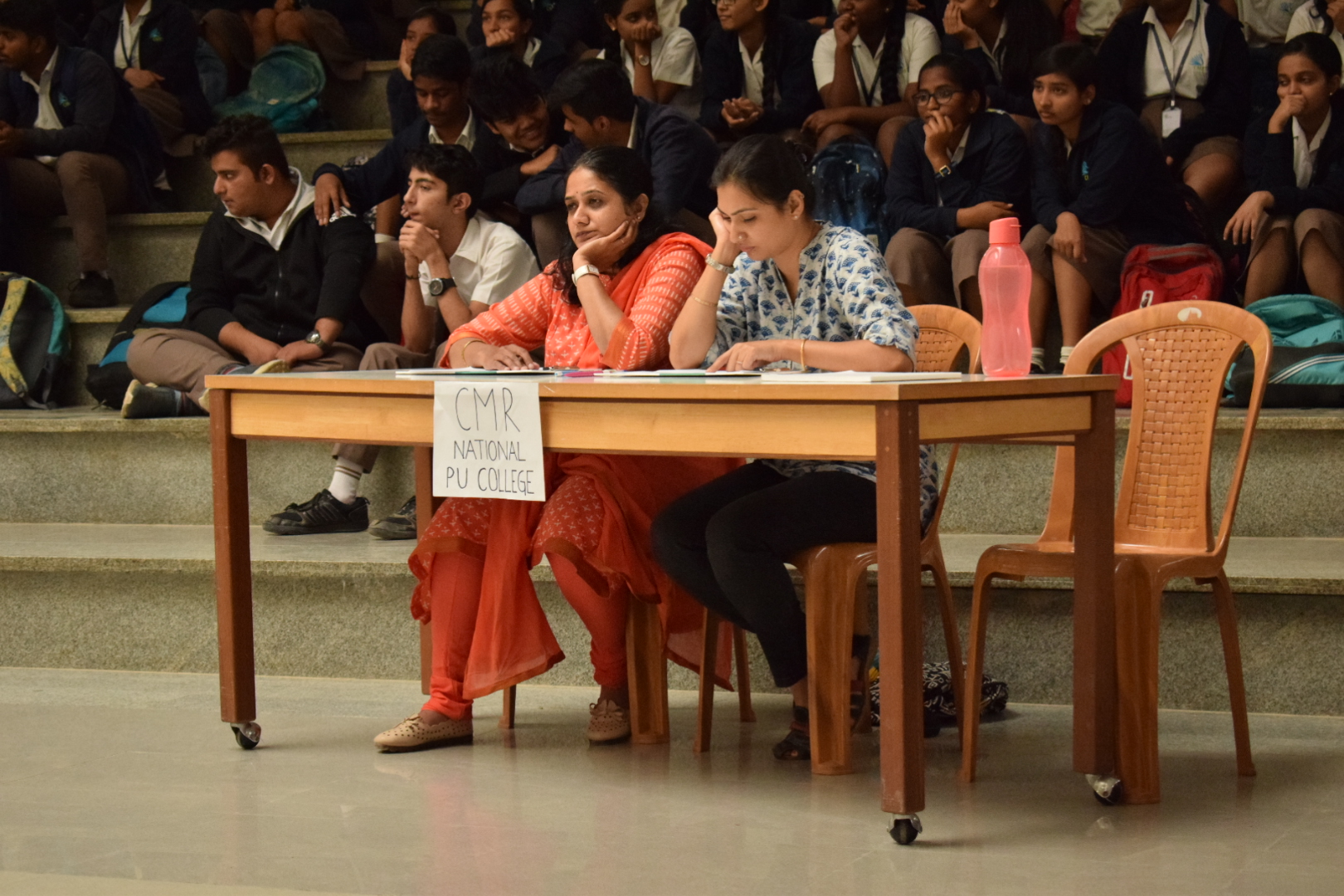 Initially, as the idea was presented to me and my co-representative Mehul, we
didn’t know where to start. With help from the editorial club headed by the
editorial representative Jhanvi Lamba, we took up the challenge.
We had to start from scratch, which seemed extremely intimidating at first. We
then decided that we could do this if we take it one step at a time. The first thing
we did is decide the events we wanted to conduct. After much consideration, the
events we concluded on were a debate competition, elocution, story writing and
poetry slam along with a quiz that would be organized by the tech club. We then
presented our ideas to Savitri ma’am.

The next few days that followed were filled with figuring out the rules for each
event and the time they would be conducted. After all, that was established, came
the time to inform the students about what we had planned for them. Many
enthusiastic names came in wishing to participate in various events. What
followed were the selections for the debate. 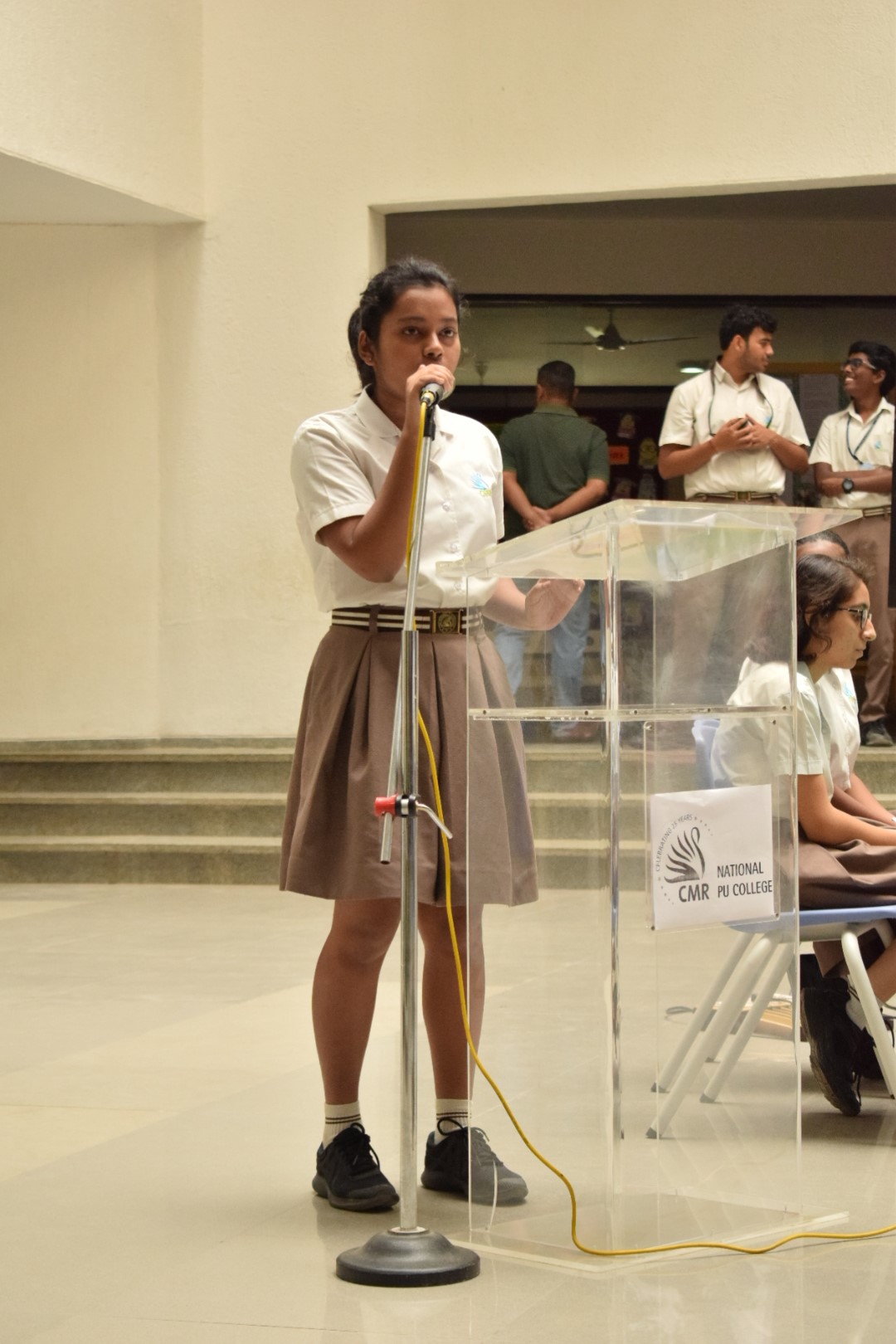 Each house captain and vice captained along with Savitri ma’am, Anjali ma’am,
Jhanvi and I listened to the speakers. Questions were fired from all over the room.
The process itself was quite exciting and we were thrilled by the talent. Slowly but
steadily our idea was beginning to take shape. 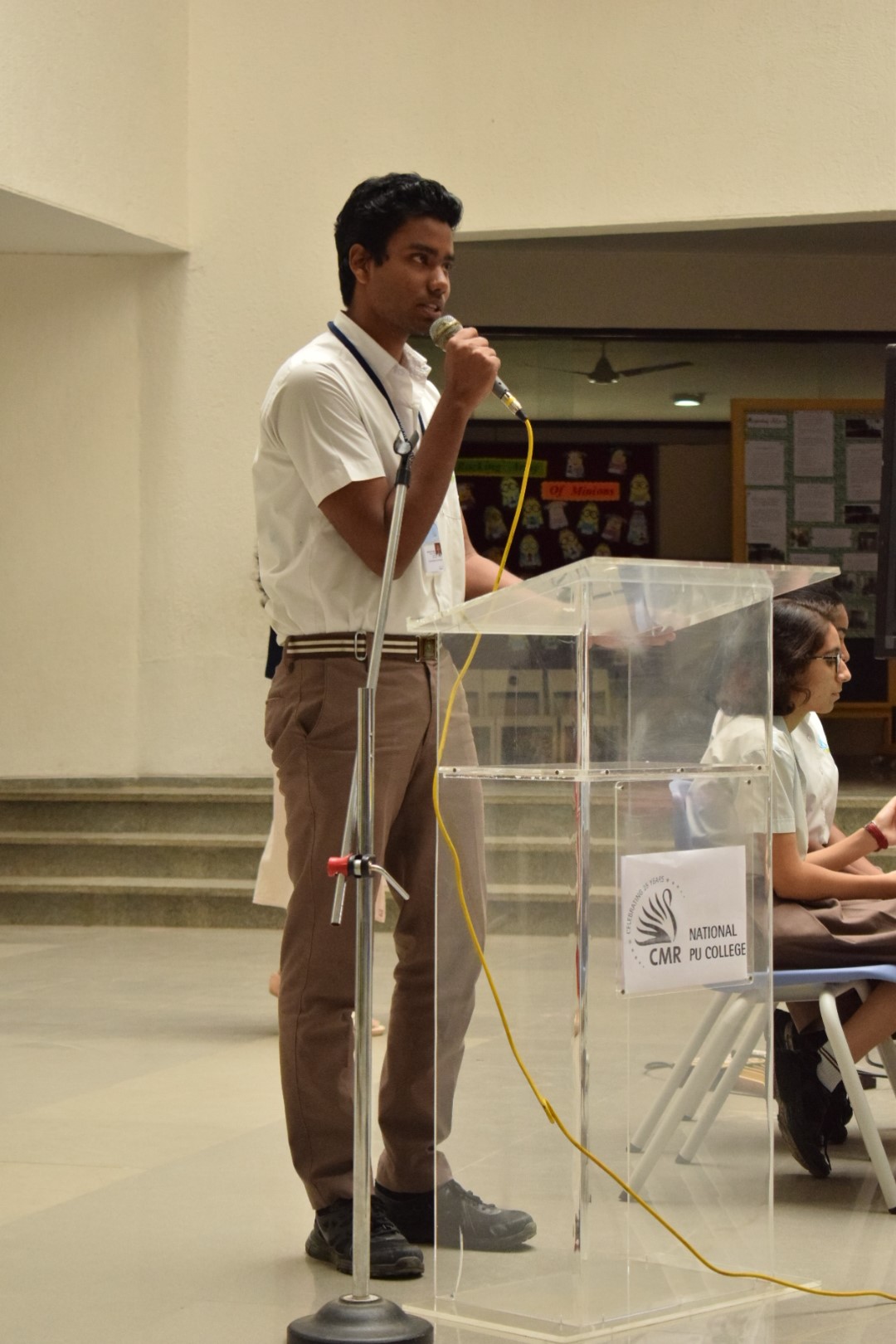 The rest of the days leading up to the event involved final touches and minor
details. Saturday finally came around. It was showtime. Everyone involved
had their fingers crossed hoping the day would go just as planned. The morning of
the day involved setting up the amphitheatre with desks and chairs. As we were arranging everything downstairs, the story writing and poetry slam took place upstairs. The moment I looked at the final arrangement I knew that the day was
going to have a lot in store for us. The students were called down from their
classrooms and thus, began our Literary Day. The first event of the day was the
quiz. Organized extremely well by the tech club, it left the audience on the edge
of their seats.

Next was the debate. The topic of the debate was – ‘Traditions, an
obstacle to the progress of a nation’. Many valid points were made by both the
for and against teams. The whole event was very thought-provoking. The day
ended with the elocution. 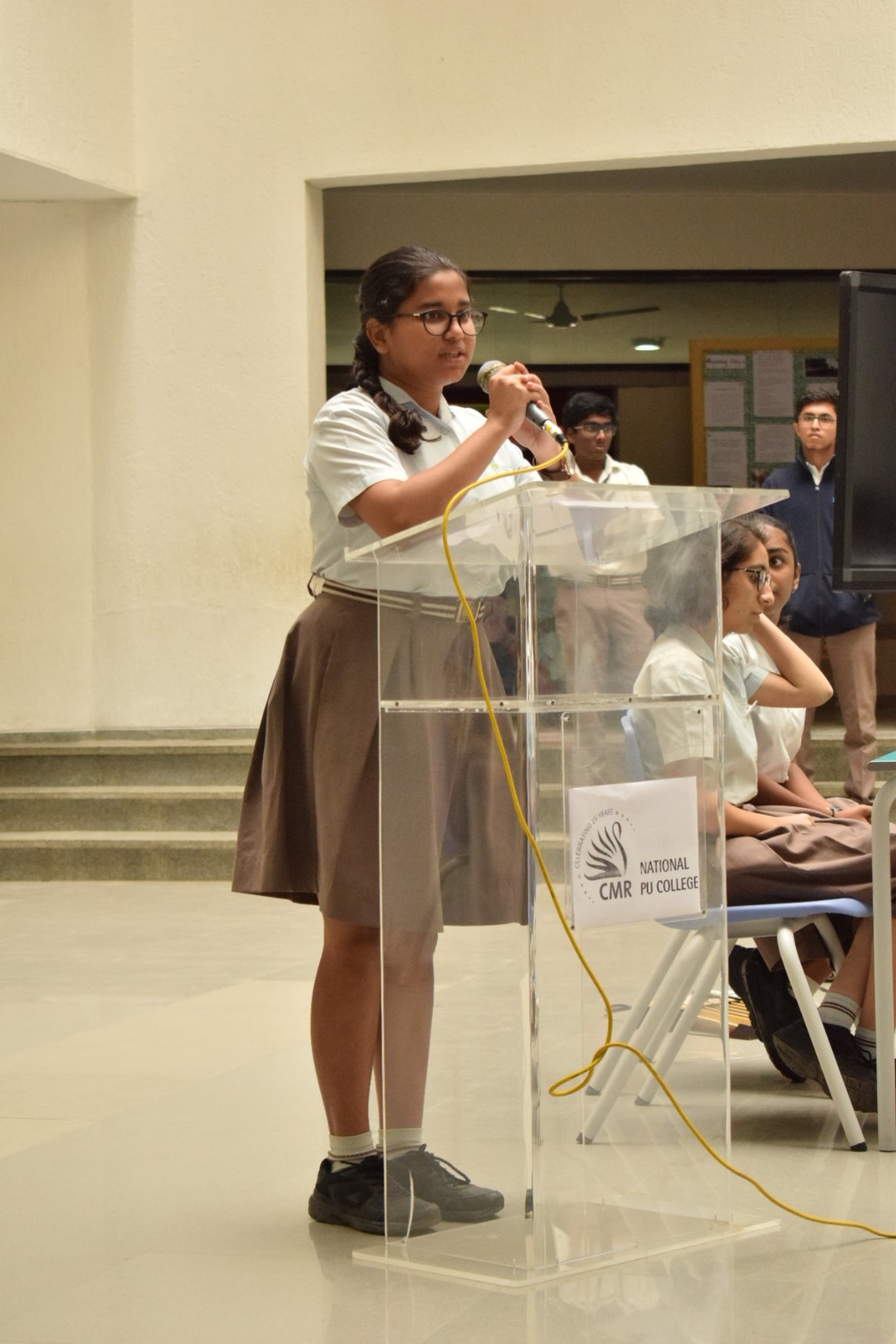 The road we had to go through to plan out the event was surely not smooth, but
in the end, I was extremely proud of what we were able to accomplish. I truly
hope our efforts will be the first stepping stone for many years to come.