CMR National PU College had our Literary Day held on the 7th of September, 2019. After a very
successful one last year, all the students were eagerly waiting for this one too! It was hosted by Rithika
Prasad and Pratyush Jose, two students from 2nd PUC, with lots of guidance and help from Savitri Ma’am,
our English teacher. 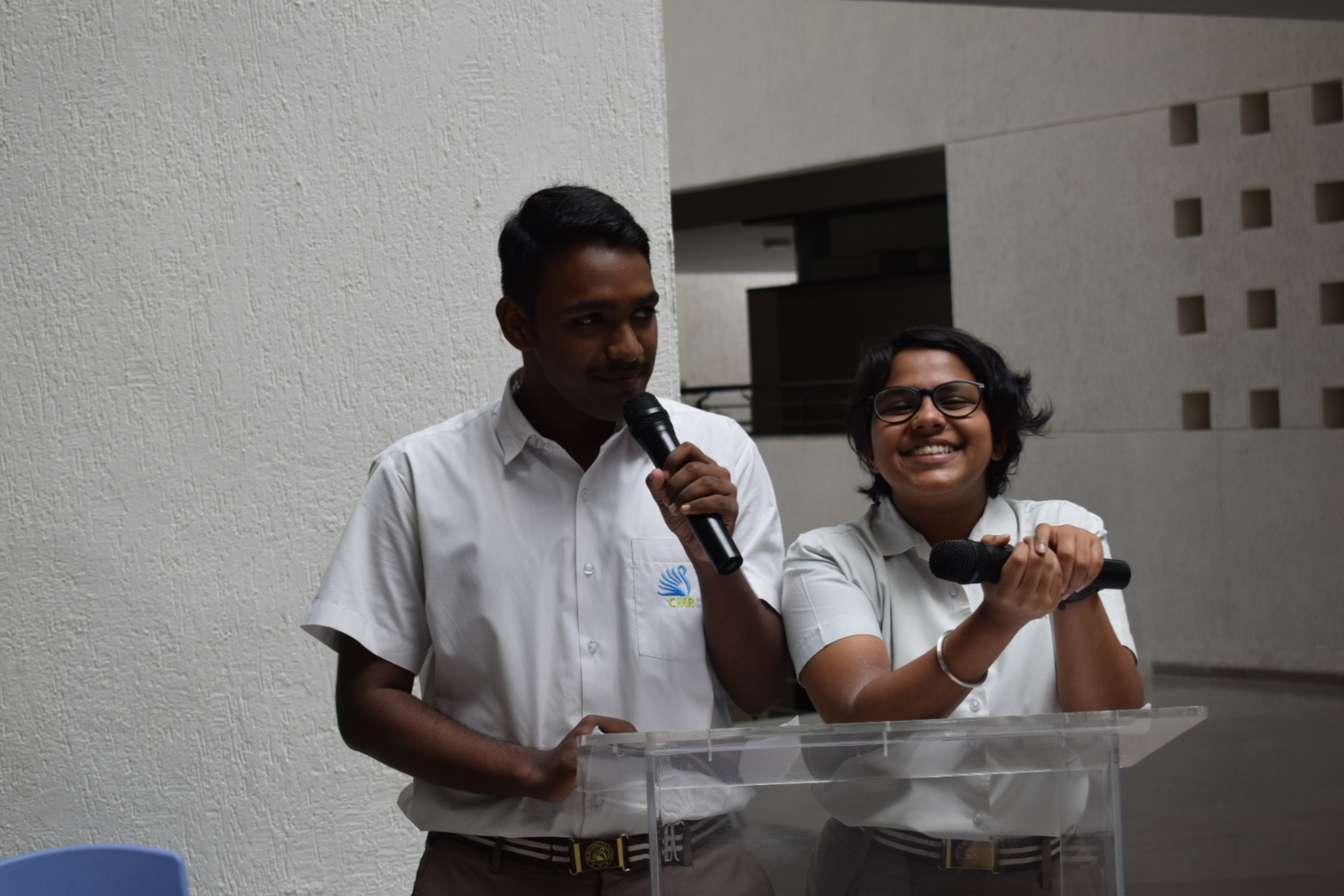 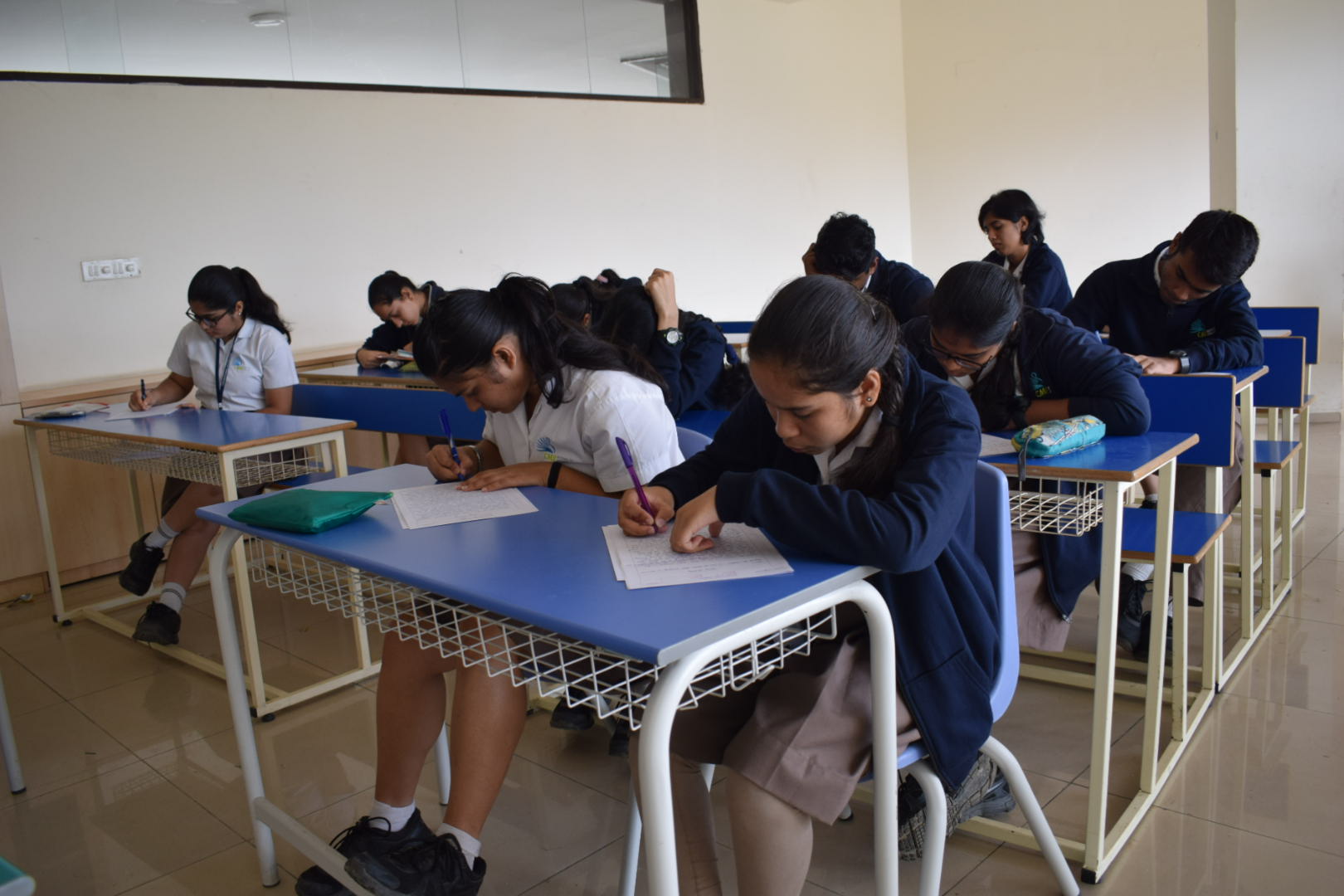 After that, all the students were told to be seated in the Amphitheatre, where the Quiz, Debate, and Just
A Minute (JAM) competitions were to be held. All the participants were jittery and excited, with their
house members cheering them on, all anxious to see who would win.

The Quiz, made by students of the Tech Club and Literary Club was a huge success and put every
student’s mind to work, trying to answer the questions. The quiz consisted of 7 rounds, Current Affairs,
Sports, Karnataka, GK, two Buzzer rounds and a Rapid Fire round. There were 8 teams, 2 from each
house, and each team had 3 people in it. The team of Explorers consisting of Pragna Gowda, B.C.
Thimaya and Sandhya won the first place and the Adventurers team consisting of Maaz Ahmed, Aayush
Khanna and Rajkumar won second place. 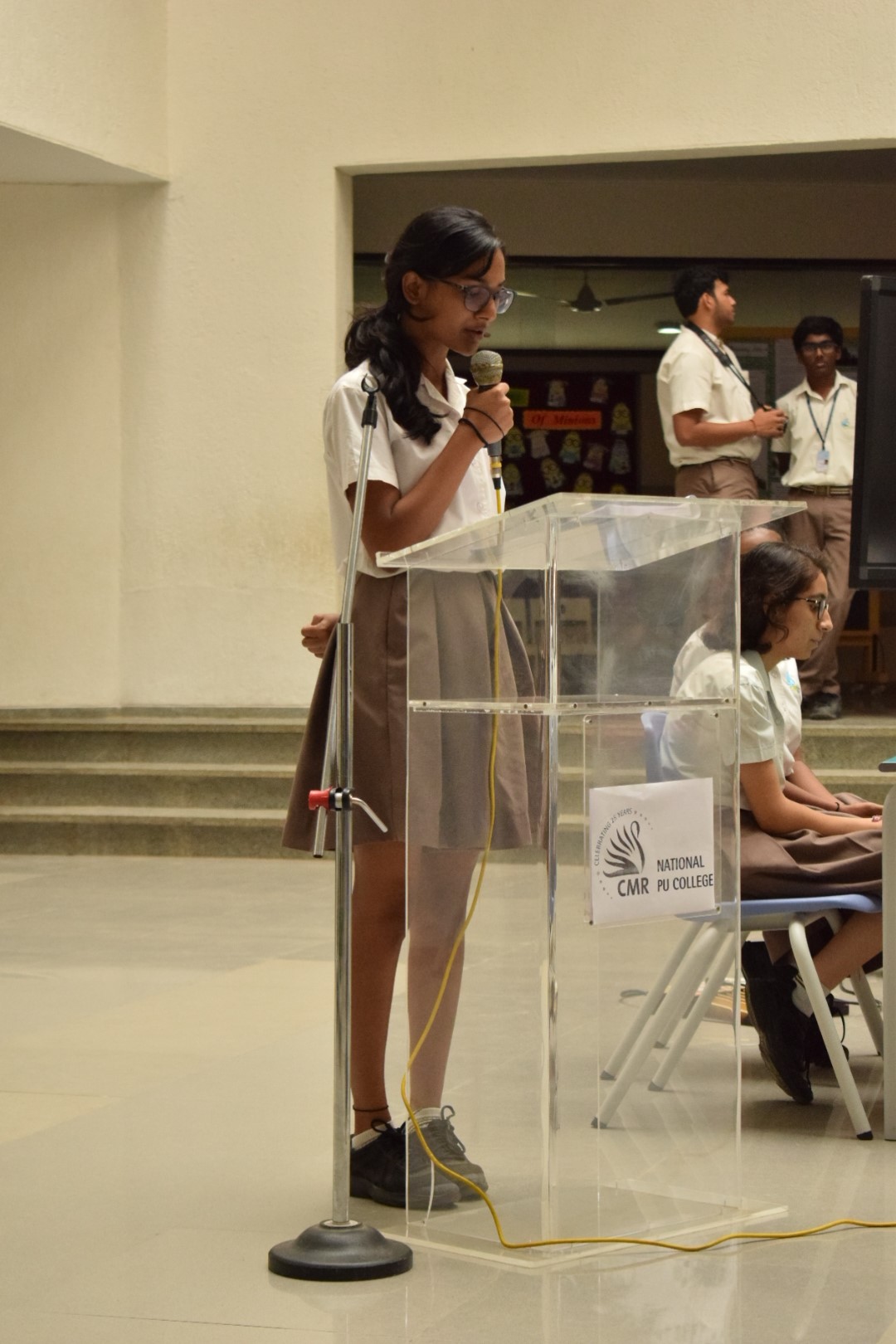 Then, the Debate competition was held, with 8 participants from all the houses. The topic was “Tradition
is an obstacle for the progress of a nation”, for which all the students had prepared 2-minute speeches
and were ready to fight to win. All the speakers had very compelling arguments and spoke extremely
well. It was definitely a very tough competition! The winners were Rohitha from the Innovators house,
Rhea Shivakumar and Bhaswati Talukdar from the Adventurers house. 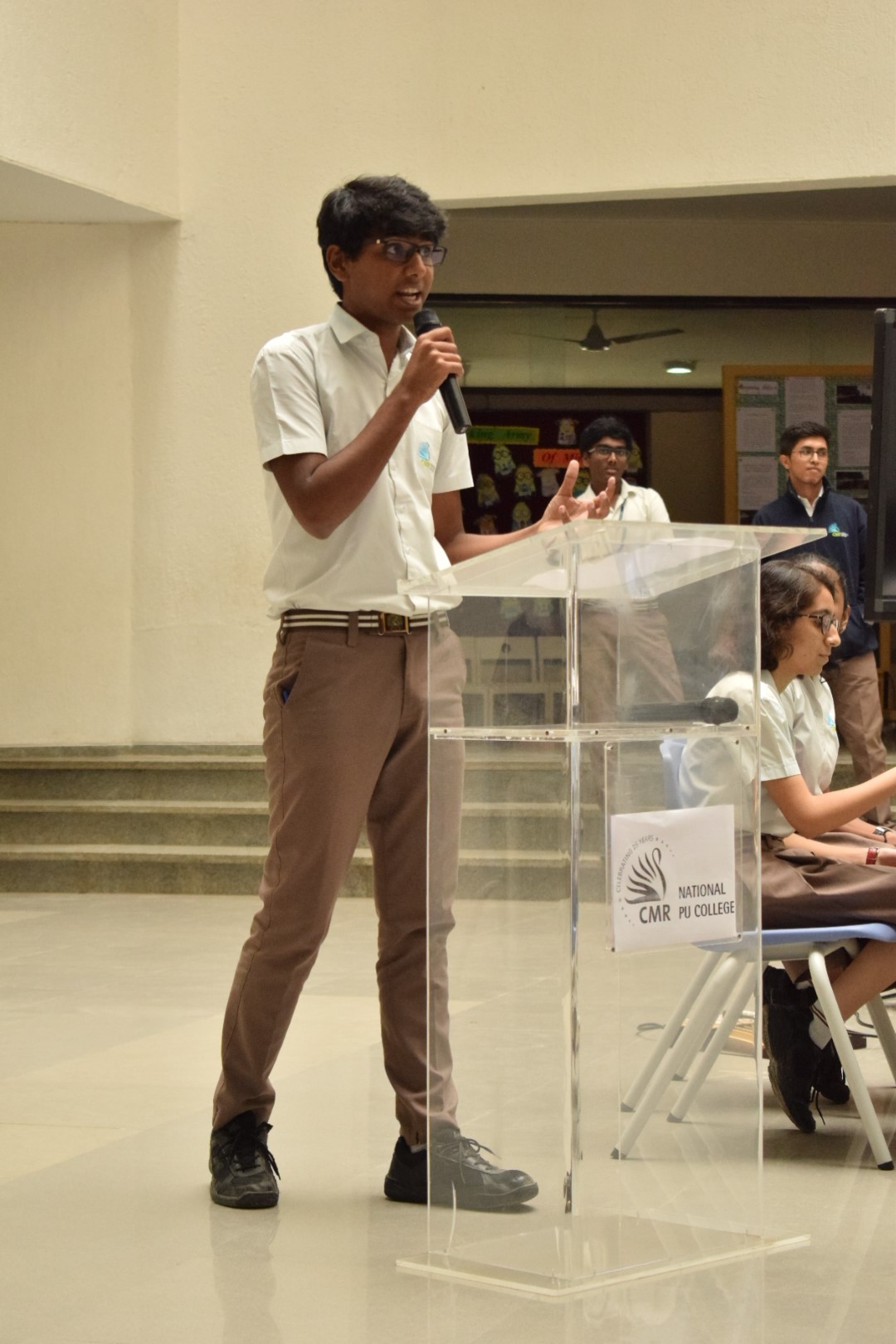 The last event that was held was the Just A Minute (JAM) Competition which mainly consisted of all the
participants being given a topic on-spot, and then they had to speak for a minute on that topic without
stuttering. All the participants spoke extremely well, despite their nervousness. The first place was
bagged by Keerthana Shroff of the Technophiles house, second place by Syed Ayman Ahmed of
Explorers and third place by Anika Tiwari of Technophiles.

The day was held and hosted by all the students of the Tech and Literary Club and we sincerely
appreciate the effort and time put in by them. It was a fun-filled day, full of healthy competition and
students wanting to earn the most points for their houses. It was a day to remember and one I will never
forget.