I had recently received a wonderful opportunity to visit CMR-IT for a workshop held by the physics department of the college. I had arrived at the location at around 8:30 am in the morning where I was then greeted by Dr. Raveesha, who later turned out to be the professor of physics and their head of the department. After this, I was asked to follow him to the laboratory as the lecture was about to begin after all the arrangements were done. 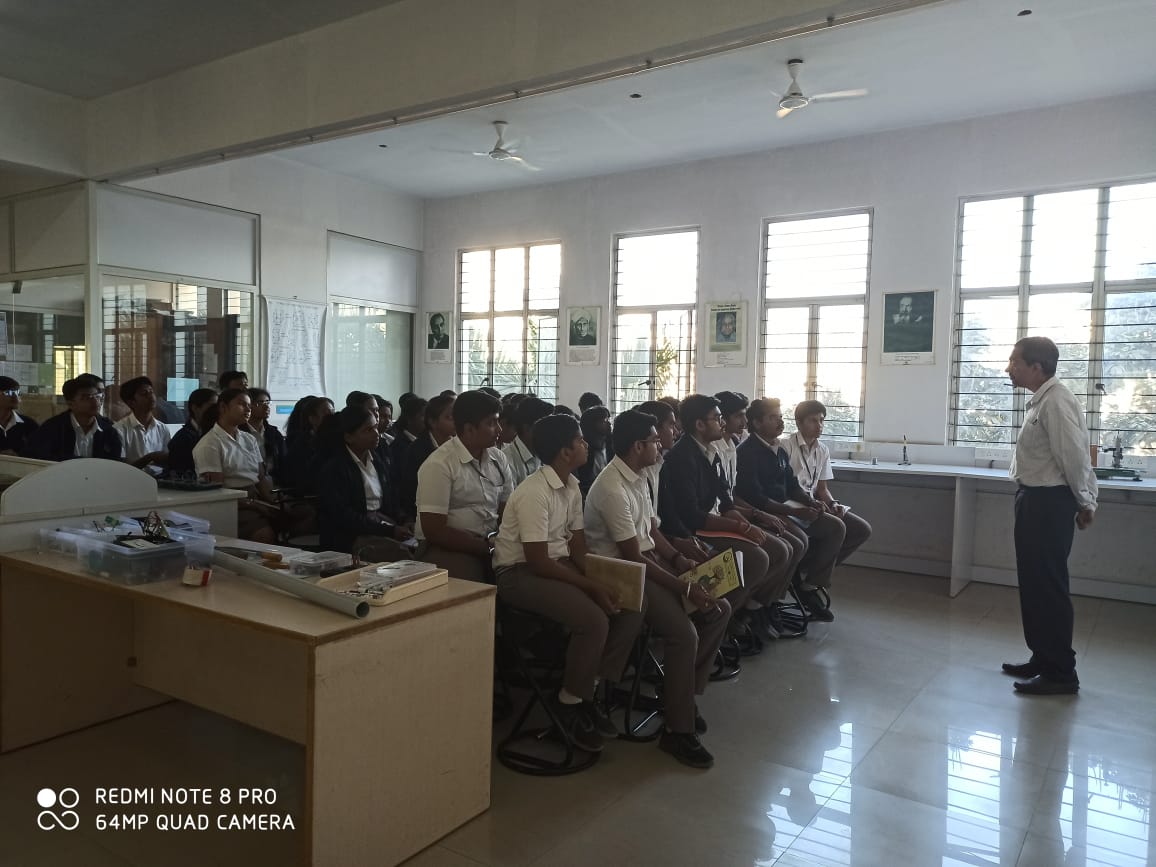 He started his lecture by asking all my fellow classmates on why they study physics and what applications of physics do they understand in their day to day life. There were multiple answers given by everyone as a follow up to the question. He then
explained why it is important to always have application-based learning during this time of our youth. I was astonished by all the applications he listed in the most basic chapters of our syllabus, these would have never occurred to me if it weren’t for this workshop. 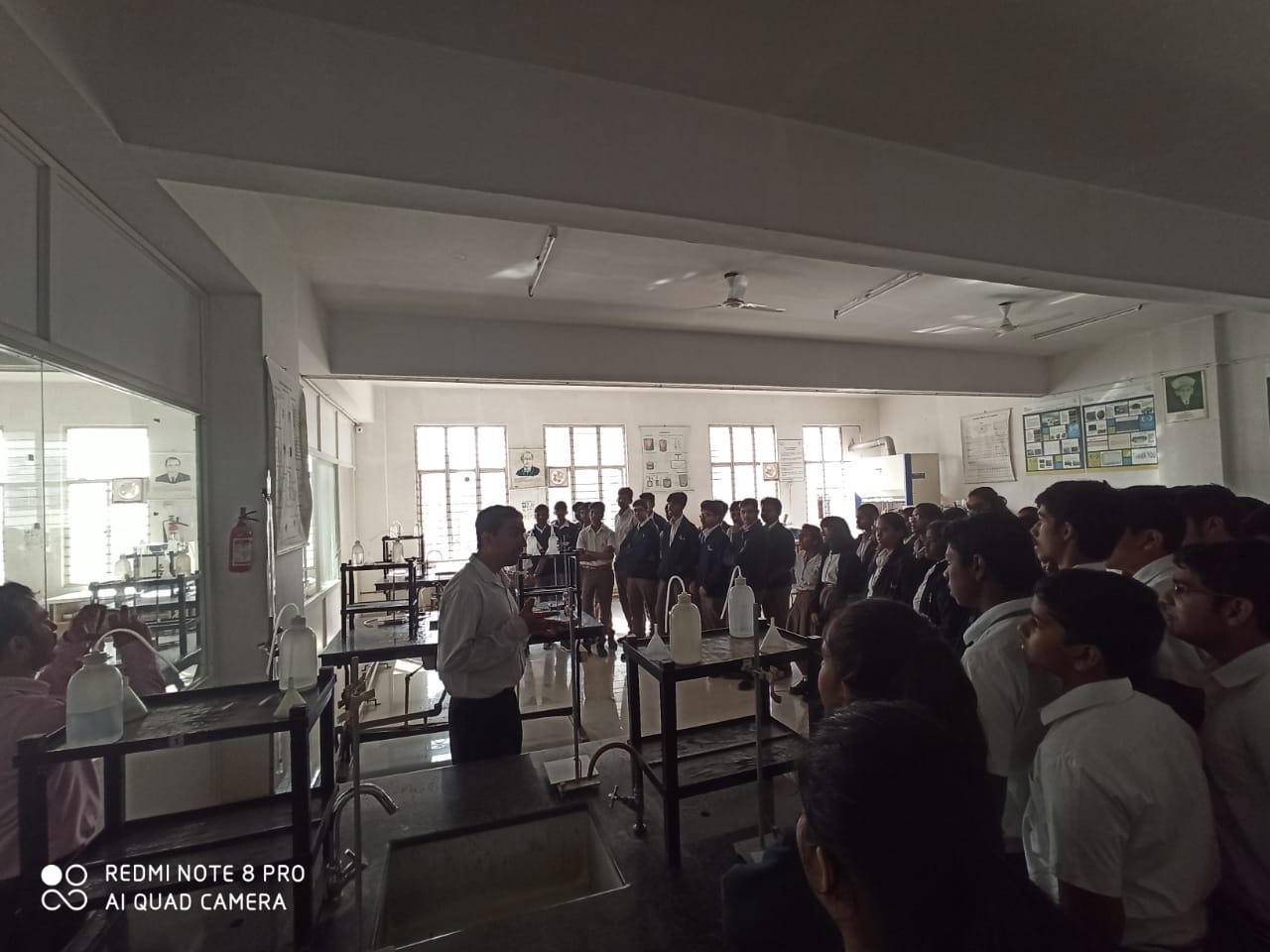 He then shifted the topic to different principles and their applications, for this he told us to follow him to the second laboratory as he had made some setups to show the wonders of the applications of these laws that most of us overlook. The
setup was simple and easy to interpret and therefore very fascinating, it was a sight to see how even a tiny configuration would help a lot of people to grasp something very complicated such as physical laws of nature. He then told us that we were going to build a telescope out of some readily available objects. 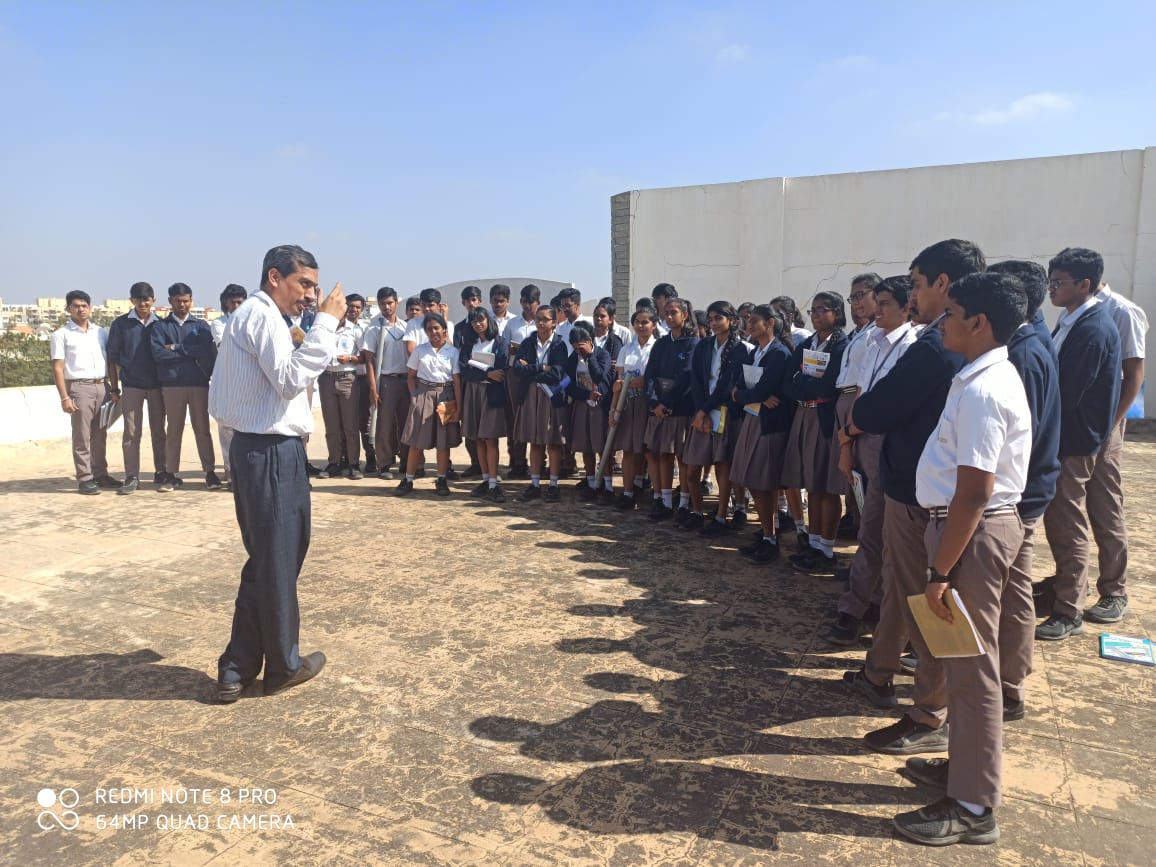 This news made me kind of jumpy as I am very fond of astronomy, he told us to follow him to the roof as we were going to calculate the diameter of the sun using a simple but effective method. Surprisingly all we needed for it was 2 square sheets of cardboards. I found this rather fascinating that with such simple tools we were able to calculate such massive lengths like the diameter of our sun. The session was then shifted to how can we use different laws to create jobs, along with these several topics like renewable usage of energy, waste management, innovative thinking to solve problems in our neighborhood were covered. 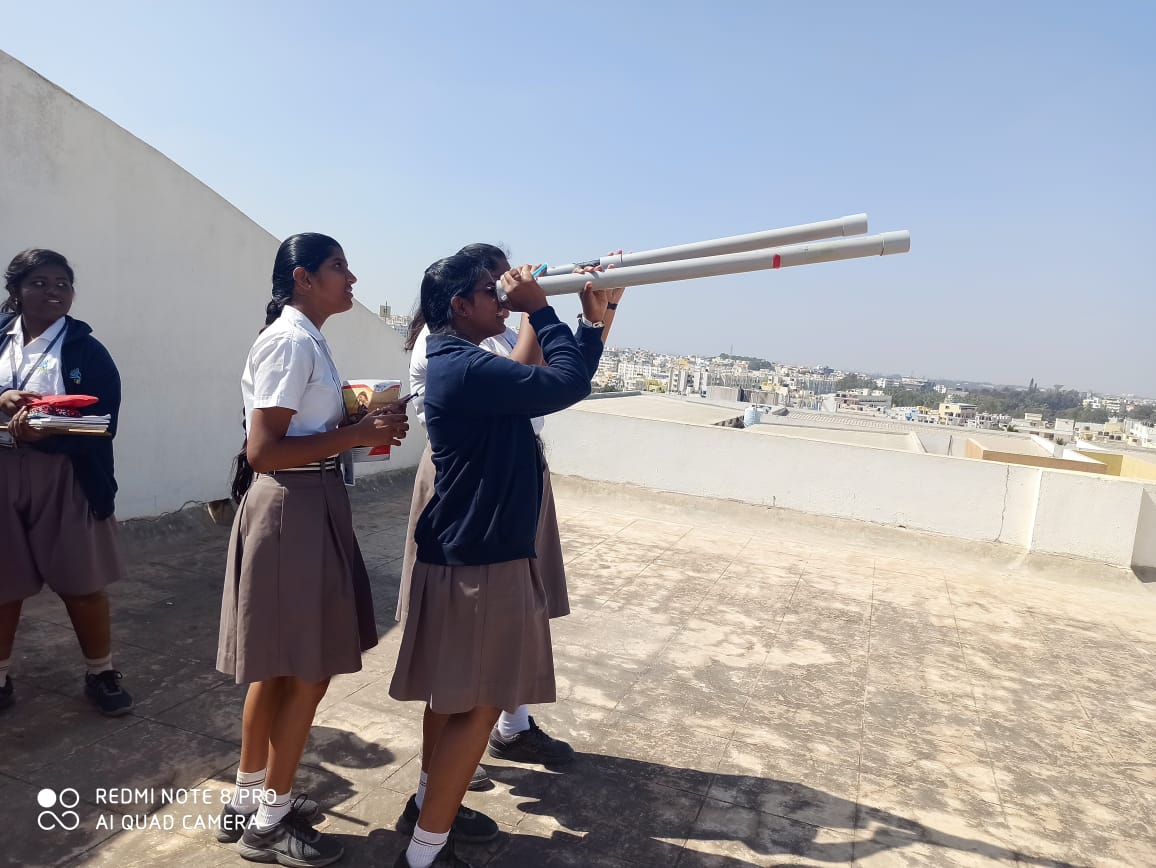 The session was coming to a conclusion as he finished showing a slide show on different achievements by people, this was very new-found to me. The session ended with a question and answer session, most of the students were very keen and asked many debatable questions to which the answers were met. To me, it was the simpleness and friendliness of the session that spoke out, overall it was an eyeopener that made me see a new light in the textbooks I once considered boring. This was a very fun and informative trip and I am really grateful to have attended this workshop.