The auspicious morning of September 7, 2019, was marked on the CMRites’ calenders as the ‘Literary Day’. The first and foremost among them was the Inter-House Quiz Competition organized by the Tech Club members. We had two teams from each of the four houses namely, Adventurers, Explorers, Innovators, Technophiles. Each team comprised of three participants. 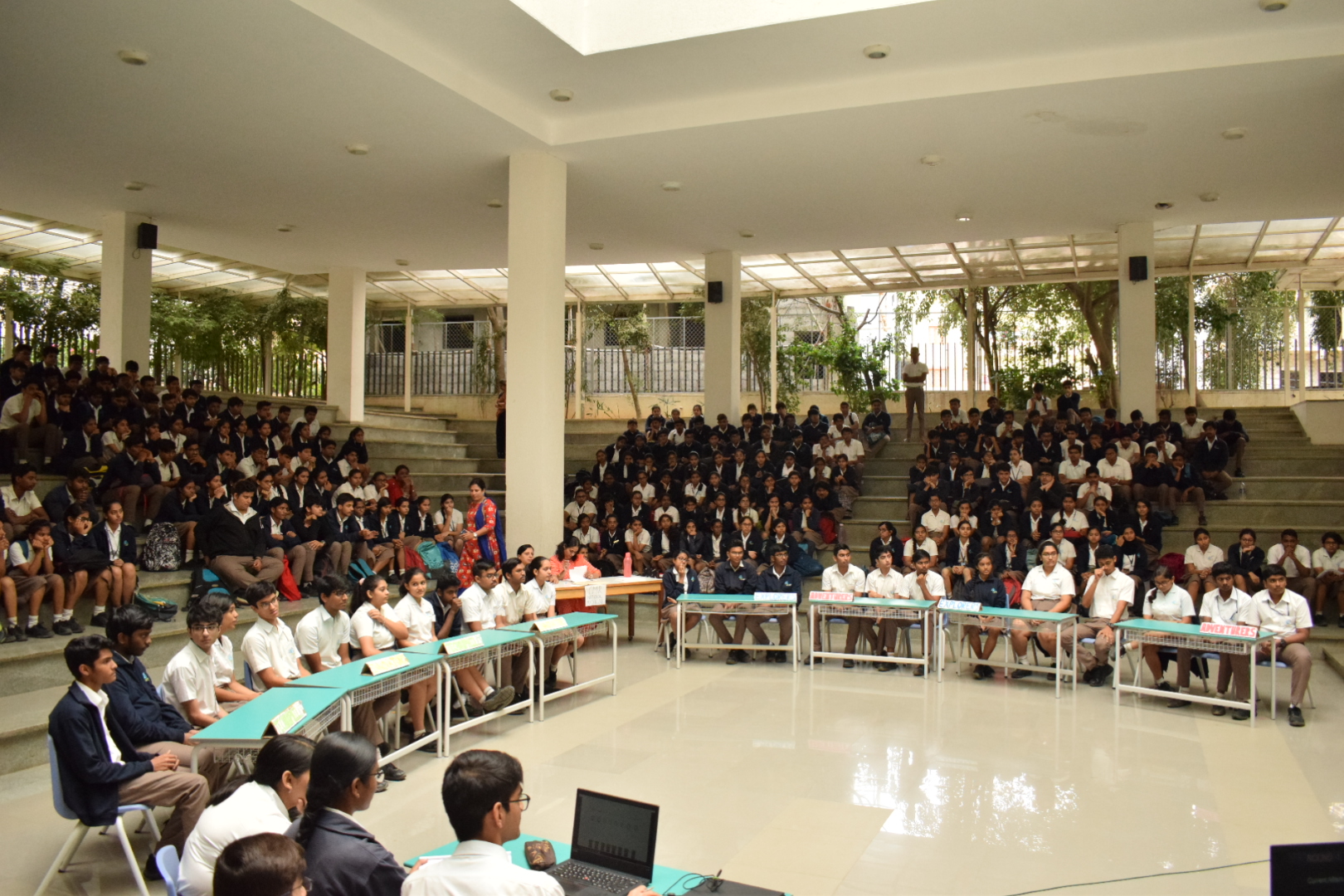 The first two rounds were centered around Current Affairs and our state- Karnataka. These were the preliminary rounds after which we had an elimination and desolately, as good as our quizzers were, we had to eliminate four teams. The next two rounds tested the contestants’ knowledge in the fields of Science & Technology and sports. The enthusiasm and charisma of the students were simply commendable and a spectacle to watch. But only after this round came the catch. Until now, the contestants got 10 points for a right answer to their question and 5 points for a passed-on question, with no deduction in points for a wrong answer. Thus, they could take their chances with regard to answering.

By the end of the fourth end, Explorers team-1 had lunged forward with the most number of correct answers and seemed to be in a dominant position. 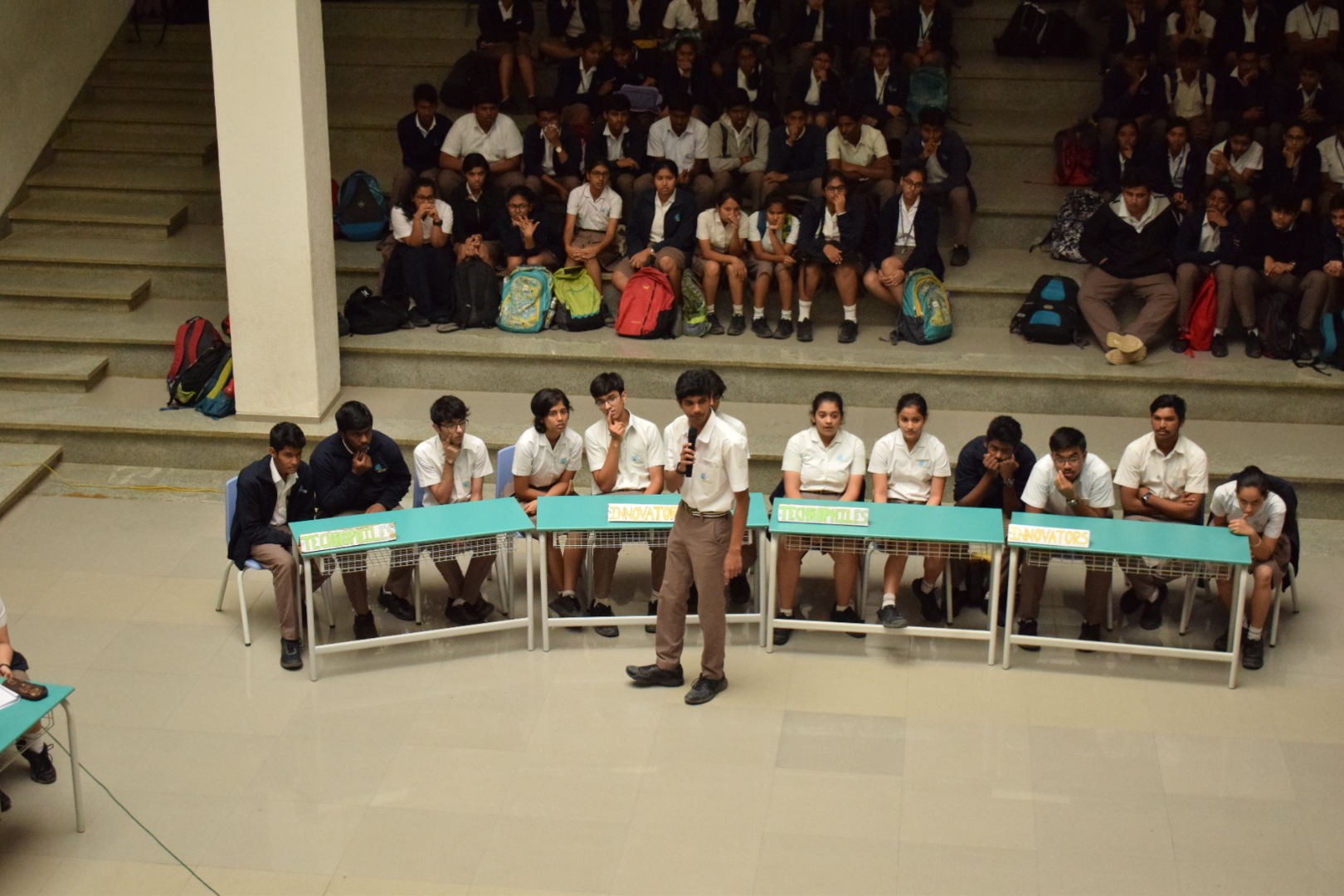 The fifth and sixth round of the quiz were buzzer rounds. However, instead of using traditional buzzers, our Tech Club used its innovative genius to think out of the box and use keyboards from the Computer Lab as buzzers by combining coding skills, hardware linking, and raspberry pi. The buzzer rounds gave the contestants the make or break opportunity to bring laurels to their houses by giving them 10 points for a right answer and a -5 for a wrong answer. The contestants didn’t disappoint and were prepared to give the dominant Explorers a head to head battle. 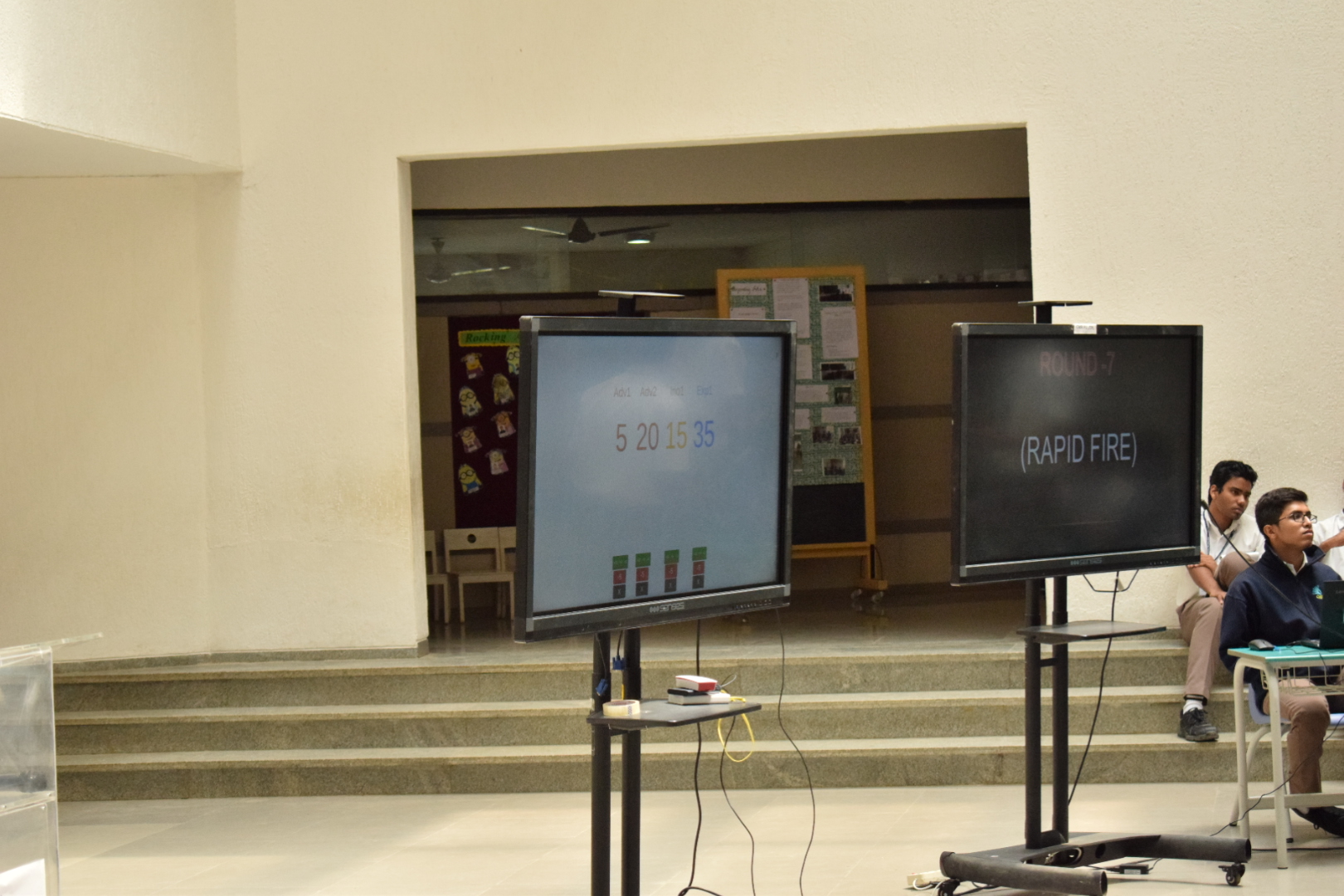 The final round was a Rapid fire round where each team was asked ten questions in quick succession such that each question needed to be answered within 6 seconds and they were given 1 point for a right answer.

In conclusion, it was a successful event and a grand start to our Literary Day.