“Eat that frog”,  as absurd and frankly, disgusting as it might sound, it sends across a powerful notion that I am going to try and elucidate, and hopefully it would mean the same to you.  This expression I’d picked up from a book by Brian Tracy who wrote about overcoming laziness with focus and productivity. 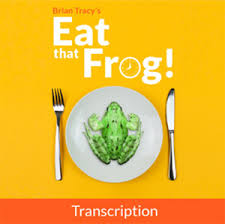 Now, this might seem immensely redundant to many, as it did to me, but something about the candidness of the book reached out to me. Quick thinking, problem- solving and other such techniques were brought about in the book which brings us to the typical ideation of overcoming procrastination. I recently had the opportunity to put these methods to the test in my college (CMR NPUC Itpl) for a design thinking program, where our first-hand problem-solving skills were probed. I was quite surprised by the outcome as our team had managed to put up an impressive solution. I realized that rather than pondering over the same issue repetitively, execution can bring in spontaneous creativity.  Personally, I find myself swamped with self-doubt quite often. My father once perfectly defined it in a way that I think all of us can relate to. 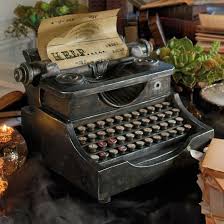 He called it the “Type-writer syndrome”, originating from a story wherein he’d attended a typewriting class in his youth, where they’d train you to type as much as you could in the least amount time. He was trying to concentrate on finishing the matter he’d been given to type when suddenly he finds himself surrounded by the clickity sounds of numerous other keys being punched down so rapidly, he just could not make any sense of it.  He tried typing in as fast as he could but he simply could not match the ever ongoing sounds that progressed without a stop. Little did he realize, each sound was just another little individual, intimidated yet trying their best at this mind-painted race.  Feelings of inferiority and inadequacy run within the best of us and we can counter these thoughts by the simple principle that doing things differently does not mean betterment or superiority. I personally think that differentiating between our ‘shoulds’ and ‘musts’ could lead to the greatest outcomes where we can then switch our minds to action-orientation. The most ponderous tasks are your ‘frogs’, and however unpalatable it might seem we must just do it, for the greater outcomes of course, however preachy it might seem. ‘Planning’, is a word we seem to like to use as a justification, though I certainly agree that some things need to be elaborately planned to result in great execution, most frequently we have to jump into the matter itself rather than prolonging the affair. Simply writing my ‘things to do’ on a piece of paper and hoping for the best leads me to shear unsatisfaction and disappointment, as, at the end of the day they are solely my expectations. Taking responsibility for my losses has substantially helped in pushing me further by getting my work done and getting rid of my “five more minutes”. To sum everything up I’d like to always use the infamous motto from Nike, ‘just do it!’. 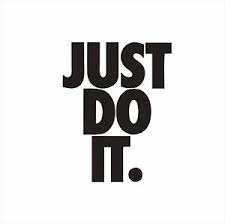