Twitching of your eye is inauspicious.

Cutting your hair and nails after sunset brings bad luck to your family.

Broken mirrors in your house cause familial problems.

Growing up, most of us would have heard about these and a million more superstitions. Most of us, in fact, follow these superstitions too because we are told to. However, have you ever wondered why do people follow such baseless superstitions? 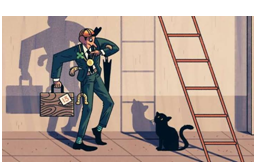 India is a diverse country governed by myths and ruled by superstitions. From time immemorial, people have been religiously following various practices, which often have no scientific or religious evidence. For us, science and superstition go hand-in-hand. While we’ve sent powerful rockets into space, we also fret if a black cat crosses our path. We try to alter our destiny with gemstones and try to ward off evil with lemon and chilly totems. India is home to age-old beliefs that people can’t seem to let go of.

However contrary to popular belief, not all superstitions followed are illogical. Many indeed have religious sentiments attached to them, and even have scientific proof. There is a famous Hindu belief wherein by hanging a thread of seven chilies and a lemon outside your home, you can ward off evil. The religious sentiment attached to this is that Alakshmi, the goddess of misfortune, likes sour and spicy food. So, she satisfies her hunger with the lemon and chilies and returns content without ever stepping inside the house and bringing in a trail of bad luck. 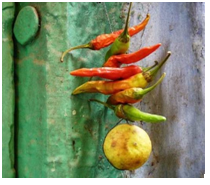 Scientifically this practice derives its logic from the fact that the cotton thread passing through the lemon and chilies absorbs acids, Vitamin C, and other nutrients. The thread later releases these nutrients into the air through slow vaporization which has significant health benefits and works as a natural pesticide. Another common belief is that eating curd and sugar before stepping out turns out to be lucky. No doubt, it has become a ritual for years; but it probably has nothing to do with good luck. The logic behind this custom is that consumption of curd has a cooling effect on the stomach and sugar added to it provides instant glucose. There is another myth in which they say that if a lizard falls on a person, then it brings misfortune. The reason behind this is that lizards generally release poisonous chemicals from their body in order to protect them from their enemies. If a lizard comes in contact with a person’s body or falls in food items, then is bound to make it contaminated and cause diseases. The misfortune they talk about are diseases and not financial loss or any other disastrous problem. 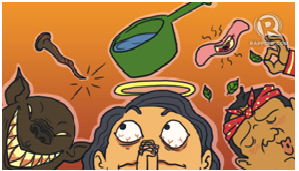 Apart from these, there are many more superstitions which in fact, do have a reason behind them, but lack of reason and ignorance has led to these practices being followed blindly. However not all the superstitions have some reason behind them.  They say broken mirrors bring bad luck and eating non-veg food on Tuesdays and Saturdays is bad for the house. These are simply myths and they have no truth in them. Beliefs which leave no space for doubts aren’t beliefs, they are superstitions.  Though it has scientifically been proven that these superstitions are disguised lies, people still choose to follow them because they would rather believe in luck than in coincidences. 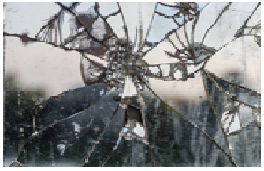 It is the 21st century, yet people still believe in following ridiculous superstitions for good luck. They blame their failures on these practices and instead of changing their attitude, they change the gemstones they are wearing. If you ever encounter hardships, then always remember it isn’t because a mirror broke in your house.  A black cat crossing your path signifies that the animal is going somewhere and not that you are going to face some loss. These are just baseless beliefs until you start believing in them