THE MYSTERY OF THE DÉJÀ VU

Most of us have experienced the uncanny feeling that we have been in an exact moment before, that though we know this is our first encounter with a situation or a place, there is this nagging feeling that it is eerily familiar – as if, if we could just focus a little harder, we will know what comes next.

This phenomenon is commonly known as ‘déjà vu,’ which is French word for ‘already seen.’ The
documentation of this experience goes as far back as 400 AD when St. Augustine referred to it as “false memories.” Subsequently, a French philosopher Emile Boirac cited the official term in 1876.

So, what does déjà vu signify? Are episodes of déjà vu relapses of memories from a past life? Are
they precognitive dreams, or dreams you previously had that gave you the glimpse of the future? Or it could be just as insane as a side-effect from an alien abduction. 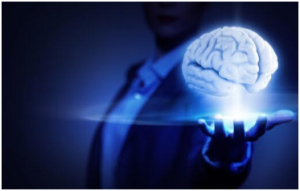 Tons of explanations exist in popular culture to try and interpret the phenomenon because,
well, It’s just interesting. The feeling of reliving a moment in time seems futuristic and science-fiction in itself, not to mention that the actual scientific evidence behind it is exceptionally limited.

Millions of people experience this mental illusion, with no obvious cause or side-effects. Now, that’s sure would make a lot of alien abductions. Realistically, scientists have had a hard time determining the exact cause of déjà vu because it is so fleeting and occurs in diverse populations – often with no medical condition unifying them. The randomness of the phenomenon also makes it nearly impossible to simulate in a lab experiment. It is extremely difficult to record which areas of the brain are affected during the experience unless the test subject is hooked up to monitors 24/7, which surprisingly has a very slim number of volunteers.

However, researches do have a few theories as to why déjà vu takes place. One hypothesis is that déjà vu might be a result of misplaced scene familiarity. The hypothesis intrinsically suggests that the brain might have a tendency to respond to a new experience or setting and acclaim it as familiar because its configuration is similar to a past setting or experience. This hypothesis could be useful for individuals with memory impairment.

The second theory is that there is a brief error in the storage of memory, in which, something
occurring in real time ends up accidentally filed in long-time memory so that it actually feels familiar when it is not. There is also the thought that there is a brief delay in the processing of sensory information by higher centers in the brain that results in our interpretation of experience as not new. More recently, the University of St. Andrews performed a study that was able to actually induce a feeling of déjà vu in its subjects. Study participants listened to a host of words that were related to the idea of sleep, without ever hearing the exact word. Later, when participants were requested to report words that they heard, they incorrectly chose the word “sleep,” although the word was never mentioned.

Another plausible explanation for the occurrence of déjà vu is the stimulation of recollection of
“buried” or unrecalled memories by the brain, which then serves as a foresight for the future. 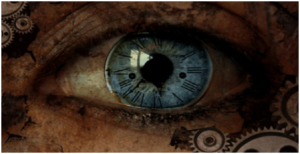 The most widely accepted conclusion is that déjà vu is most likely the result of our memory system checking itself and looking for memory errors. However, the theory does not explain why certain
people experience it while others do not.

There is still much to learn about déjà vu and the mechanisms behind it. Nevertheless, with
further studies, conclusive evidence to explain the phenomenon may be discovered in the future. But, for now, déjà vu remains a peculiar and fascinating anomaly, reminding us how beautifully complex.