NextThe place I call Paradise
Hear from Our Students

Hello readers! Hope you and your families are safe and healthy in these troubled times. While we wait for the lock down and pandemic to subside, the world has turned to stay in quarantine; and with that inevitably, to all the computing devices to keep them occupied. If you’re bored of crime dramas and mystery thrillers, I am going to talk about what the next thing on your watch-list should be. 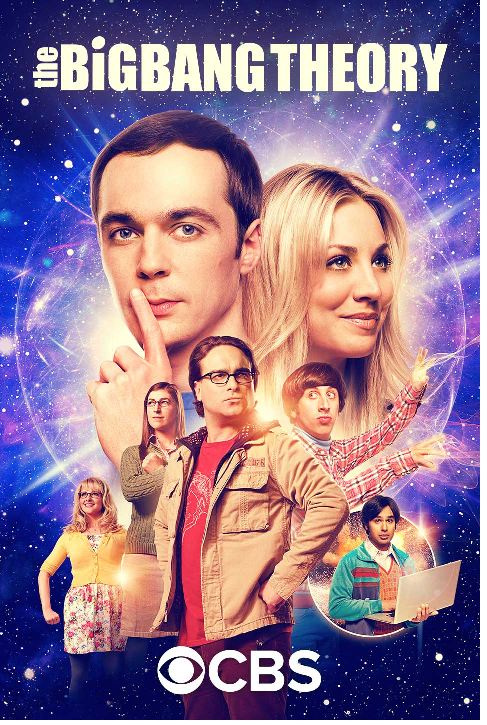 Yes, yes, I know, this show is pretty outdated by now and y’all only keep tabs on shows like “Stranger Things” and “Money Heist” and “Hunters” among others, but “The Big Bang Theory”, one of the biggest tv shows of the decade, has undoubtedly become a cult classic because of its unconventional setting and the subsequent comedy that ensues when 4 brilliant and socially awkward scientists try to be normal humans. It’s hugely entertaining to watch Sheldon make his point using unnecessarily complex words, which, for me, is the highlight of the show. That’s not to say that the other characters are inadequate. Quite the contrary, in fact. The ensemble cast has a remarkable amount of chemistry in them, and throw in a mix of sarcasm and wit, along with some scientific phrases to stay true to the title and you end up with a show that at its peak was watched regularly by over 15 million people every week in the USA.

On the surface, this show definitely feels oddball, and to an extent rather stereotypical. But then again, it never made a pretense of its objectives- it was always about the 4 scientists and their work and their love lives. There is a busload of pop culture references, but the thing about the show is that you don’t need to know them to get the show, because it is fundamentally based on the punchlines of the characters, not your knowledge of the pop culture. The show might not have been about geek culture in any real way, but because it applied a veneer of geek culture to pretty traditional sitcom stories about friendship and romance, it managed to appeal to both actual geeks and people who knew those geeks and didn’t quite understand them. It was just as much entertaining to a real scientist as it was to someone who went once or twice a year to Comic-Con. In a real way, the geek stuff is a MacGuffin — a plot device that drives the story.

The characters and their respective actors are simply amazing. They manage to make the viewers laugh every minute or so, but retain their human sides. There is a real development through the seasons in the characters- they grow up from hopeless nerds to far more mature people. And in the even in the show’s weakest episodes, we can safely assume that Jim Parsons will carry it through as he always has.

There is a reason why this show and its actors have won multiple Emmy’s and other honours during its time. It is a massively enjoyable example of the power of the mono culture, complete with great character work and compelling storytelling. If you haven’t yet watched it, get started on it! 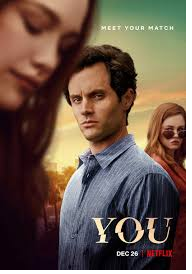 Now, I will not go on length to talk about this show, considering that I haven’t really seen much of it, but from what I have seen, it is an intensely engaging and honestly, rather creepy show. It starts off with a dangerously charming Penn Badgley, starring as the bookstore manager Joe, having a crush on Beck, an aspiring writer. This little crush quickly spirals out of control, becoming an obsession. Joe resorts to illegal and dangerous means to feed his infatuation. This is not your average show about romance, in fact, there is nothing in here that resembles courtship or love. But the shocking thing here is that the further you watch it, the further you get convinced by the nuances of Badgley’s character, who charmingly manipulates his way through his anti-hero charisma, motives and warped sense of morality, in order to convince the audience “to sympathize with a stalker” and “serial killer”. To me, it is an interesting social experiment; even though we condemn Joe, we still find ourselves rooting for him because of the countless fairy tales and rom-coms we have seen that makes us support the hero. It also carries a very important underlying message about the safety of the internet and raises valid privacy concerns.

“You” is the antithesis of everything romantic even if its basic story line seems to be so. It is a dark, perplexing concept that rewards its viewers with increasing “surprise” moments as the show goes on. It is not a horror story, per se, unless you consider unravelling the deep and shadowy depths of the human mind a horror story. It is not for everyone, and it definitely is not socially correct, but I was sold on the storytelling and acting.

So those are my recommendations for you to watch. Stay healthy, stay safe and make the most productive use of the time that you have got!