On the 16th of March,2019, a design thinking workshop was held at CMR, ITPL for a class of interested 2nd-year Pre-University students. It gave us the insight to design thinking, one of the integral forms of modern creativity. 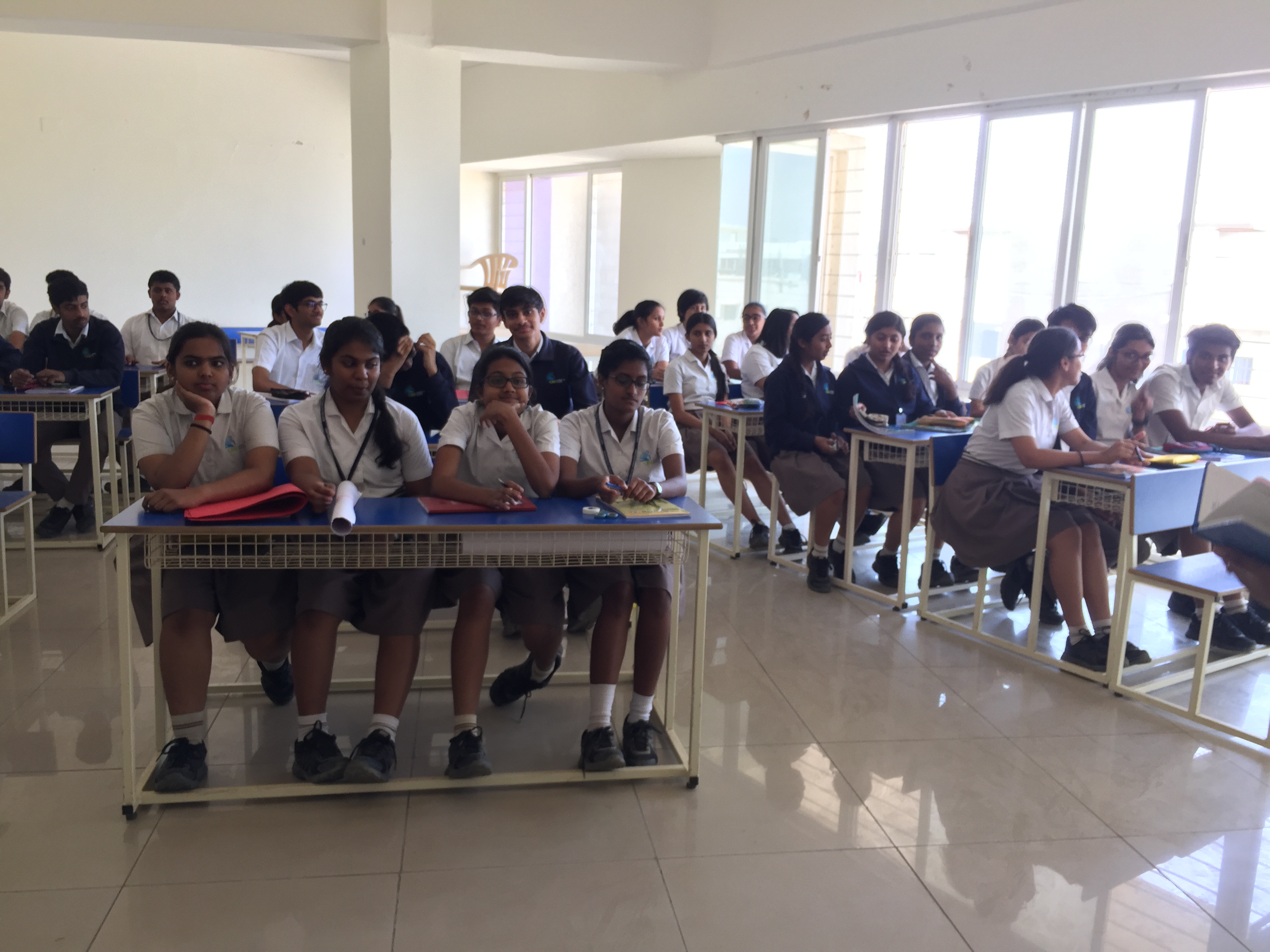 The following is a gist of what we learned at the workshop:

Design Thinking is a design methodology that provides a solution-based approach to solving problems. It’s extremely useful in tackling complex problems that are ill-defined or unknown, by understanding the human needs involved, by re-framing the problem in human-centric ways, by creating many ideas in brainstorming sessions, and by adopting a hands-on approach in prototyping and testing.  Design thinking is a five-step process involving: 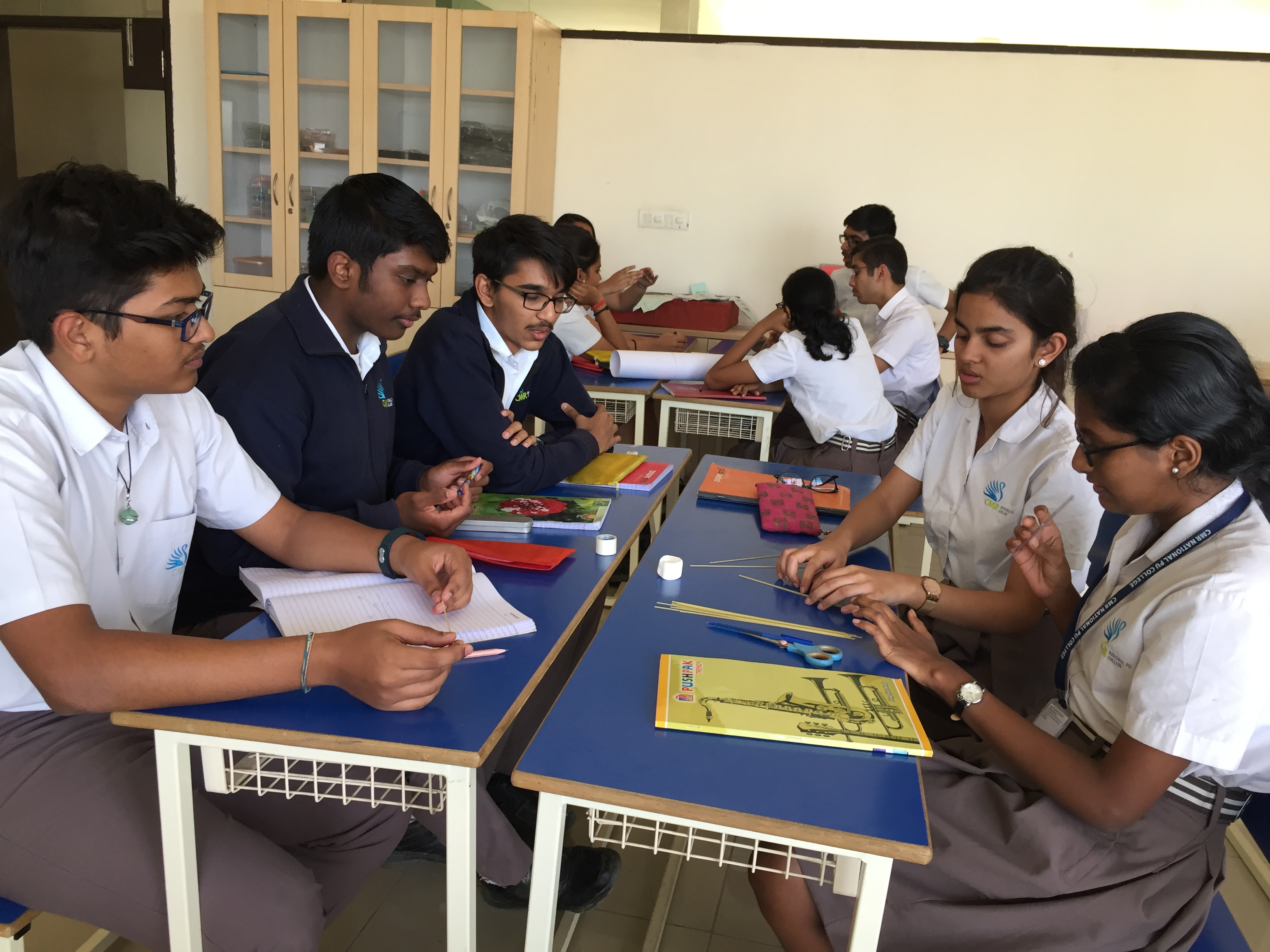 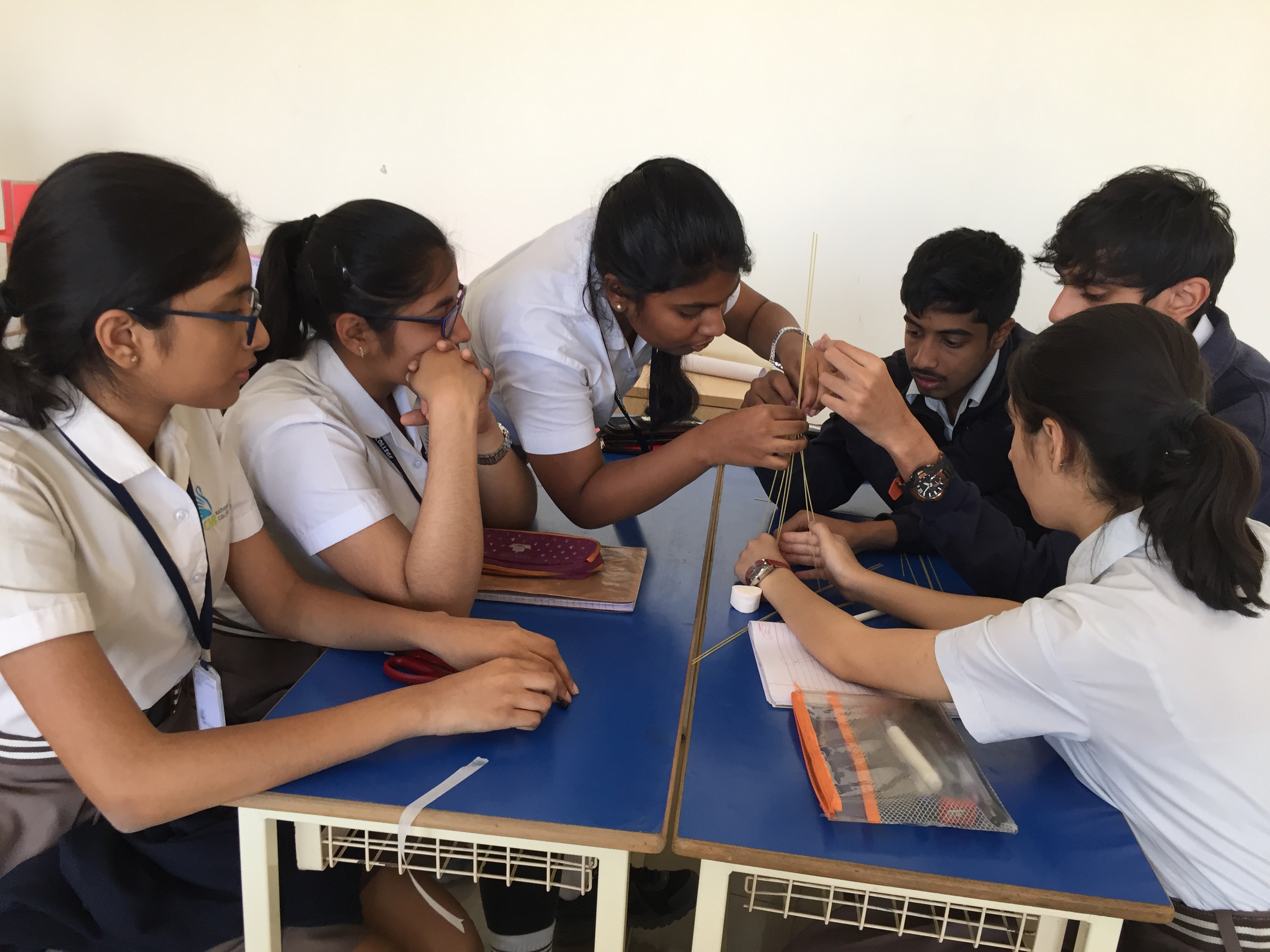 The presentation was succeeded by a couple of simple problems which the students needed to resolve using their creativity and all that they’d learned at the workshop. The students were divided into six teams, each of which consisted of six participants. The first of these was that the students had to construct a marshmallow tower out of 20 spaghetti sticks, a string and some tape. At the top of the tower, a marshmallow had to be placed. The time stipulated for the completion of this activity was 20 minutes and the team with the tallest tower would win. The towers had to be mobile(easy to move from one place to another) and stable. It was wonderful to see each of the teams making an effort and using their own resourceful/inventive genius to complete the task. All the teams had unique ideas and while some were able to implement them perfectly, others strived by putting in their best efforts.  In the end, all teams completed the activity. 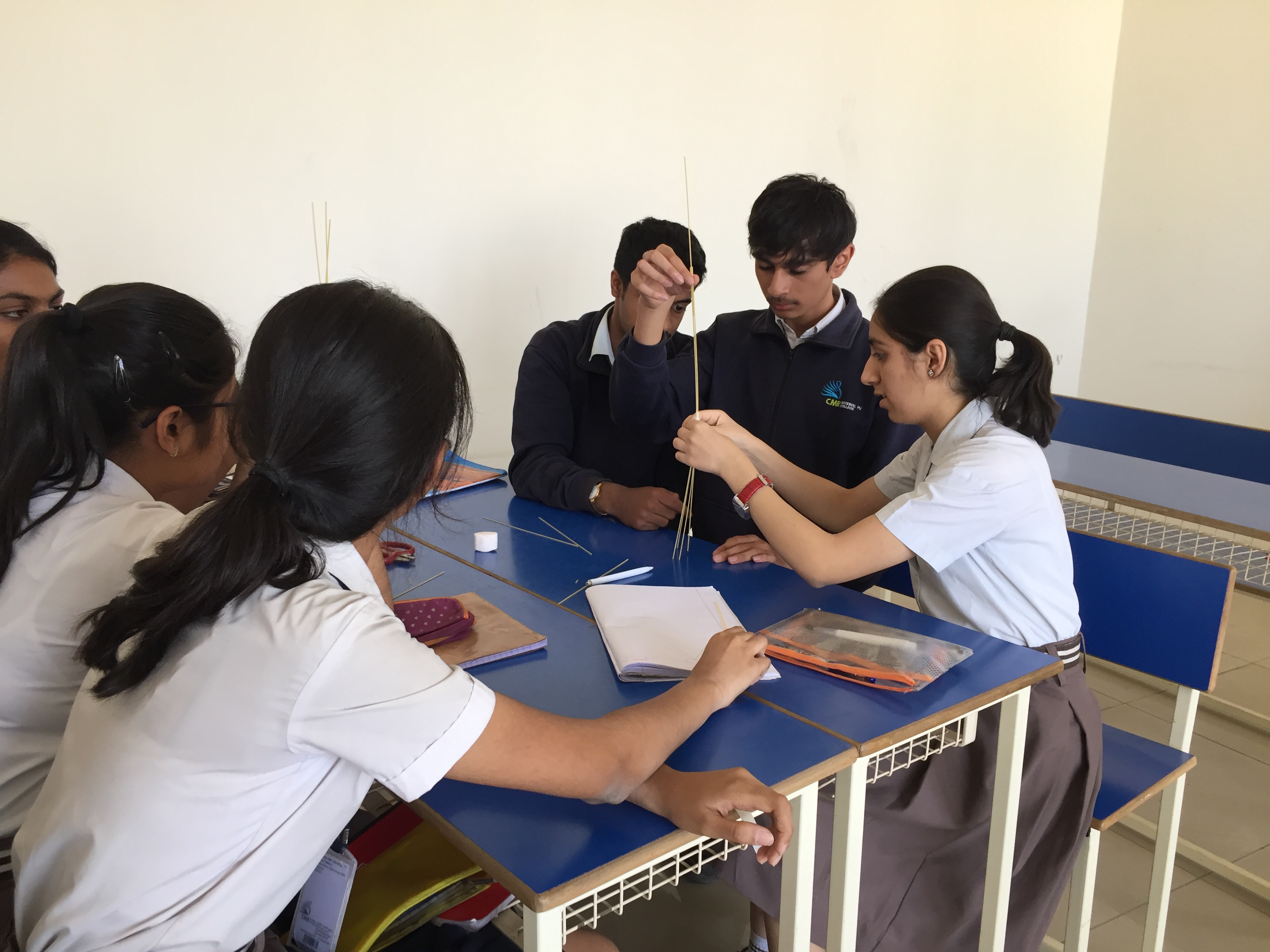 The second challenge was to use 20 toothpicks and 5 marshmallows to construct any item of their choice. This task too had a time limit of 20 minutes. However, the freedom to use their own innovativeness proved effective as each time came up with something quite interesting. 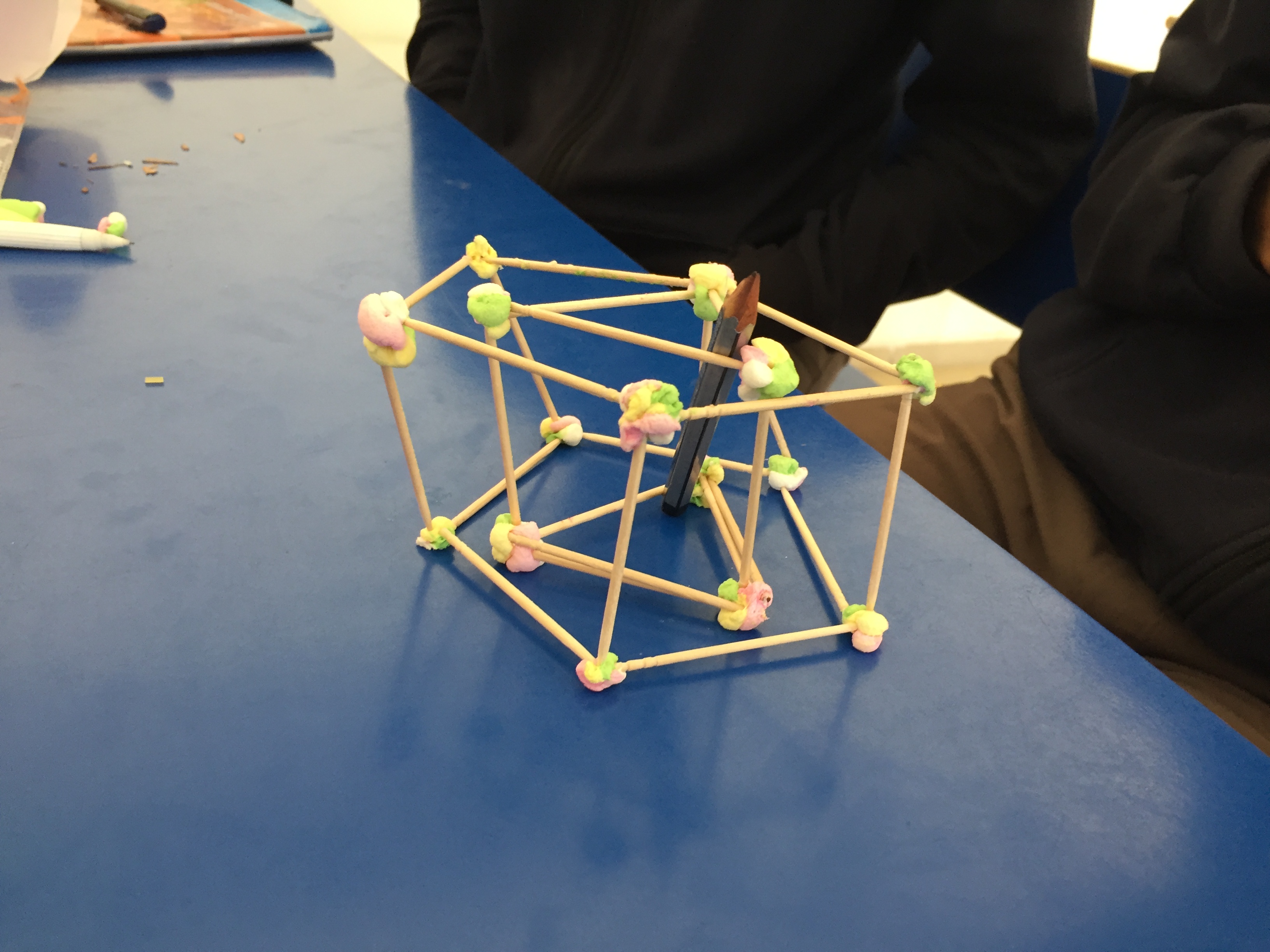 Each of the models created brought out ingenuity and creativity. The challenges thrown upon the teams taught them to use design thinking to plan out, innovate and work together as a team. It was an incredible learning experience which each of these students thoroughly relished! 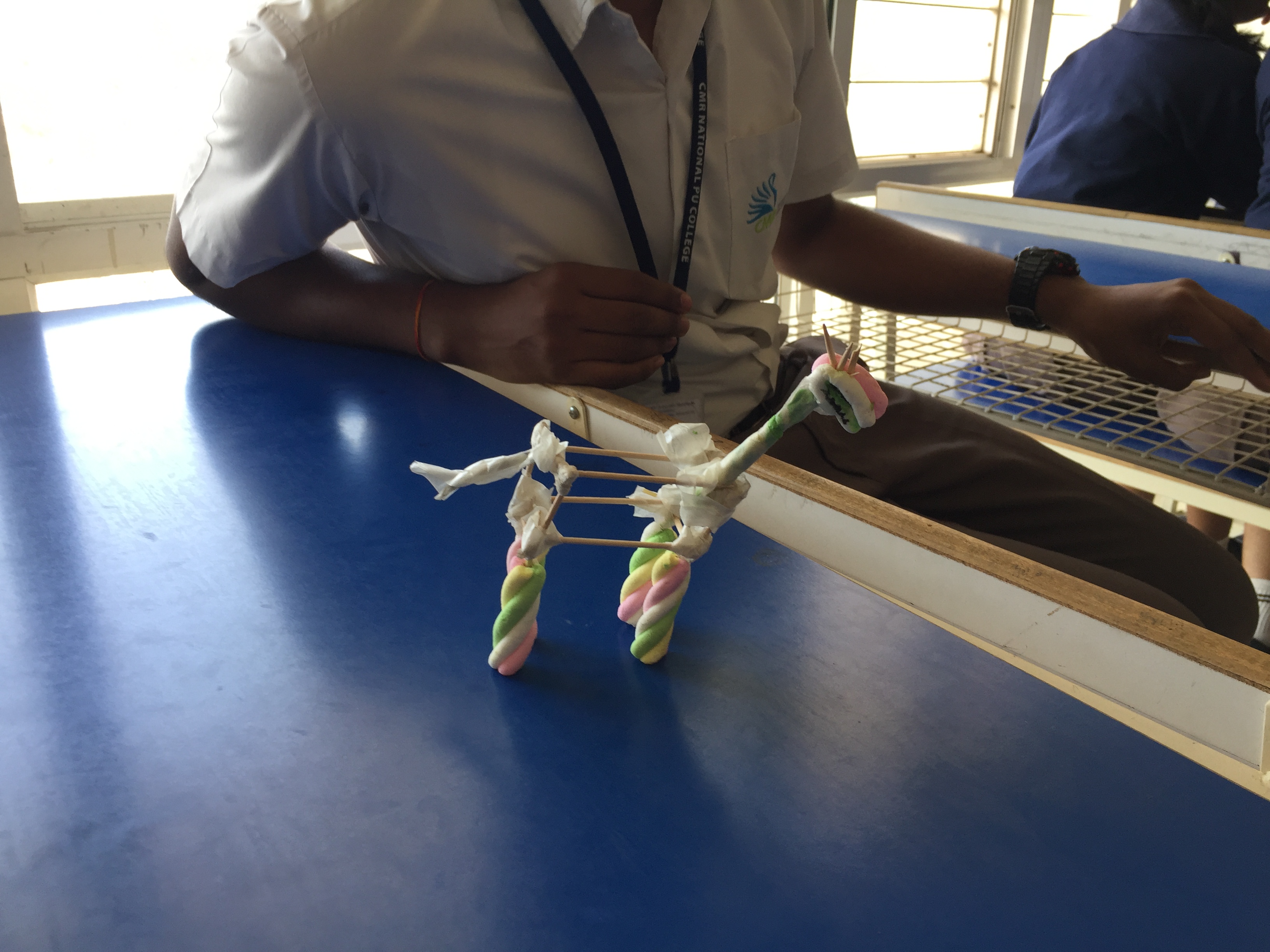