The Akrasia effect – lack of Self Control

Procrastination. An art our generation has seemed to have mastered. Although procrastination is a common aspect of today’s society, the truth is it has been around for many centuries. Let’s take an example. Victor Hugo was a well-known French poet, novelist, and dramatist of the roman movement. In the summer of 1830, Victor promised his publisher for a new book. The deadline is quite far away, he started using his time to pursue other projects, entertaining guests and delaying his writing. As the deadline got closer his publisher was furious that not much progress was made by him. He told Victor he had six months to finish his book. Victor realized he would have to stop delaying his work and asked his assistant to do a rather odd task. 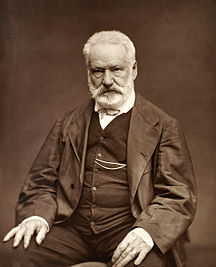 He asked him to take all his clothes and to lock them in a big chest. Why would he do that u may wonder? He justified his action by saying that by having no good clothes to wear outside, he would be forced to stay at home and complete his book. The next few months were filled with writing. Out of this was born one if his greatest works, the ‘Hunchback of Notre Dame’ in 1831, and as it turns out he gave the book two weeks before his deadline.

What is akrasia you may ask? Akrasia the state of acting against your better judgment. In common terms, it is can be understood as procrastination or lack of self-control. Various people like Aristotle and Socrates have tried to explain akrasia. Why do we procrastinate? Why is it that victor avoided writing his book for over a year? The answer is our brain prefers instant gratification over long term payoff. While making the decision your brain is thinking of your future self but when the time to implement it comes, the goal seems too far away, meaning the reward of your actions will not be attained immediately. That is why you may decide to write a paper due next week, over the course of the week but may end up doing it all the night before. 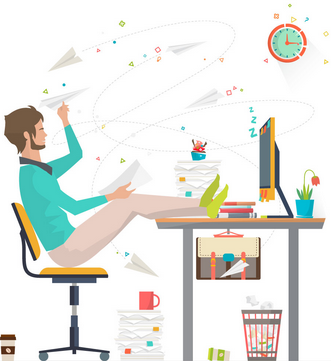 But how do we stop procrastinating? In all honesty, it is not very easy, especially for our generation that is surrounded by a sea of distractions.

The answer is to take small steps and to set smaller goals for yourself, something easily achievable and that your brain can’t put away. Instead of telling yourself that you are going to read a chapter of a book before bed, tell yourself you are going to read a page. The second task appears to be easier when compared to the prior. The idea is to habituate yourself. We must also take a step back and “look at the bigger picture”. Ask yourself how does this task now is going to affect your life later on.

Aristotle coined the term ‘enkrateia’ as an antonym of akrasia. While akrasia signifies lack of self-control, enkrateia means to be in power over oneself. So, let’s take all take charge of our own lives and not give akrasia the power to rule over us. Lastly, id like to mention a quote by Christopher Parker, “Procrastination is like a credit card: it’s a lot of fun until you get the bill.”