On 28th November 2018, the Tech club members took part in a coding workshop which was conducted in the computer lab at campus. The workshop was organized by Rahul, alumni of CMRNPUC along with his friends, Abhishek, Aniruddha and Adish. They are currently students of PES University, Computer Science branch. 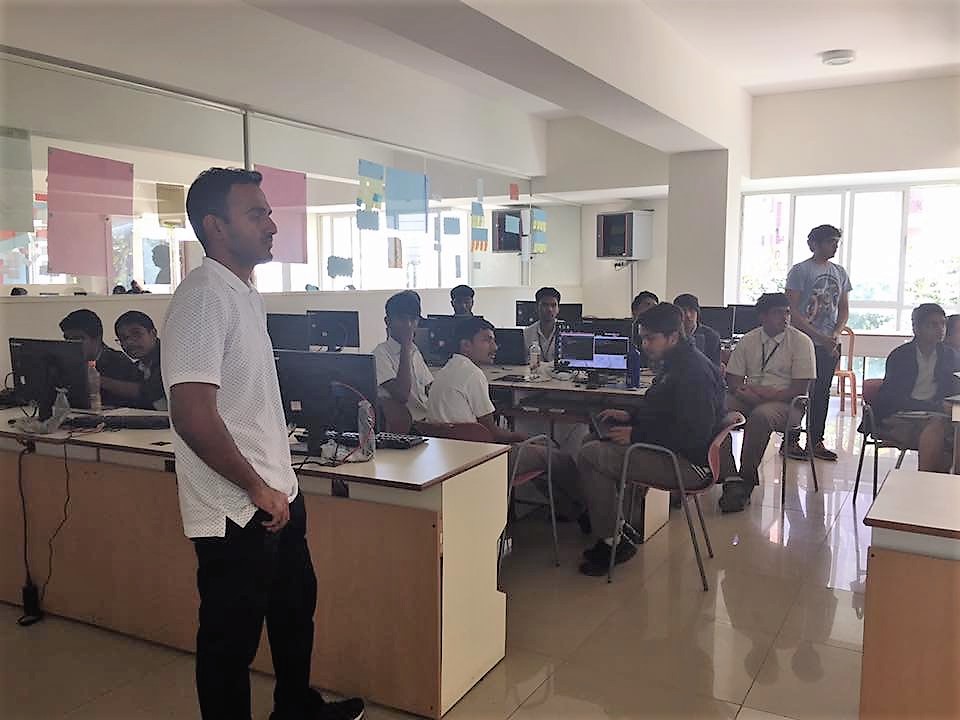 The students initially learned the basics of the programming language –Python, which included basic structures, syntax and the different commands available in Python. It was comparatively easy for the students to understand and relate the code as the syntax was quite similar to C++/Java. Comparison was made between the codes of different programming languages, for example, if a code is C++ takes 15 lines, Python does the same in 2 lines. 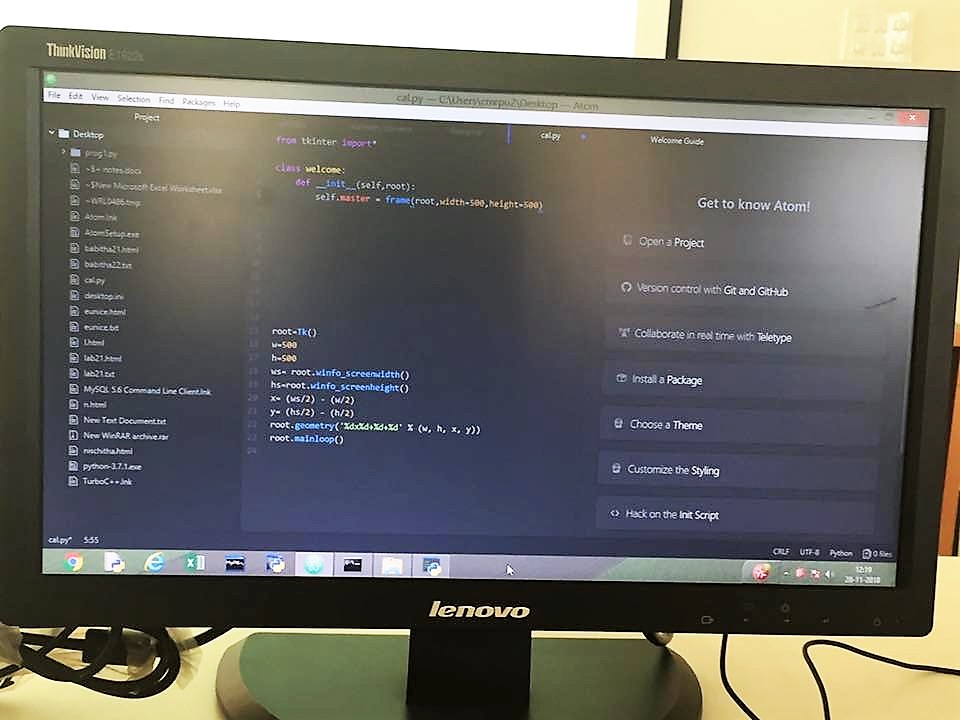 The students developed a GUI calculator, in which they included the four basic mathematical operations-Addition, subtraction, multiplication and division. Rahul and his team helped the students and explained each function which were written in the code and also told them the various other uses of such functions. The students were excited to see the final output, i.e. the complete calculator! 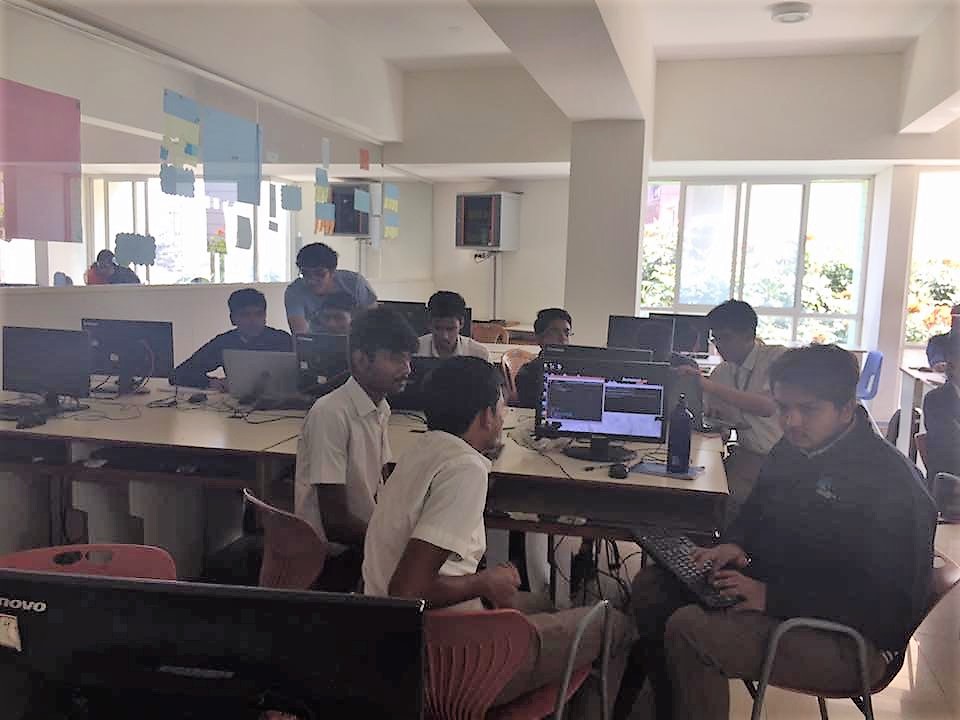 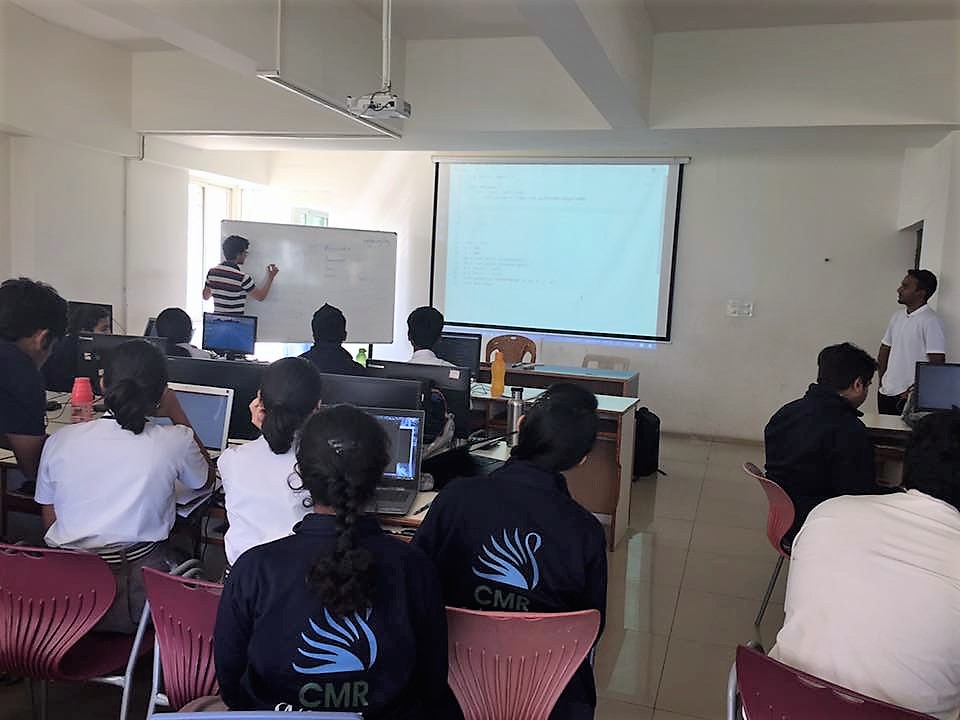 The workshop also provided insights into another programming language – JAVA Script. The students learned the basics and syntax of the language. Rahul and his team explained the methods to see the codes on an actual web page. 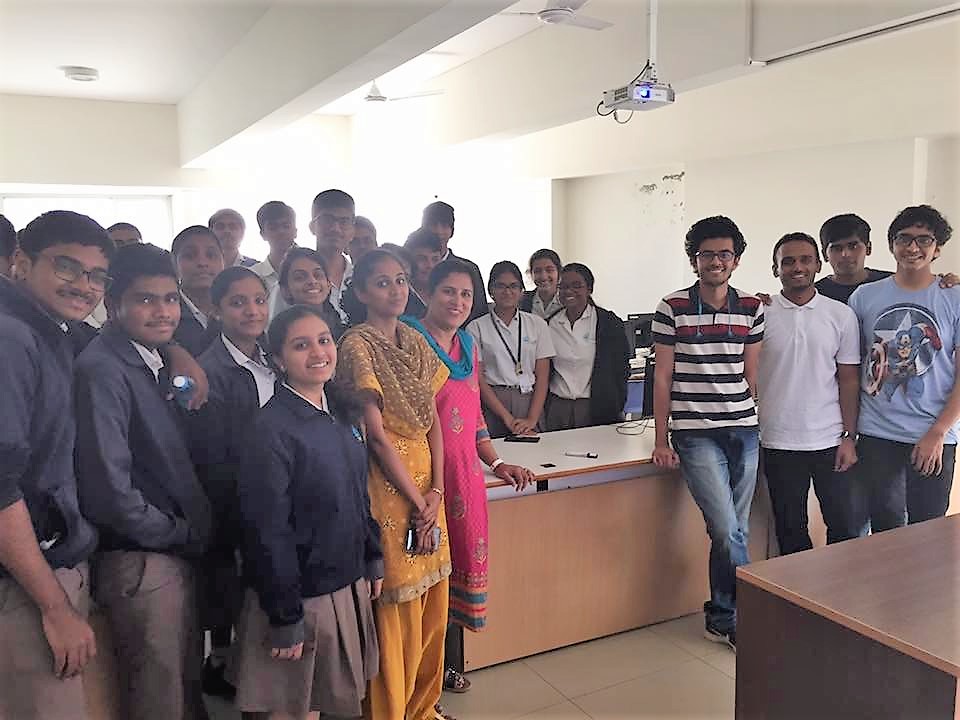 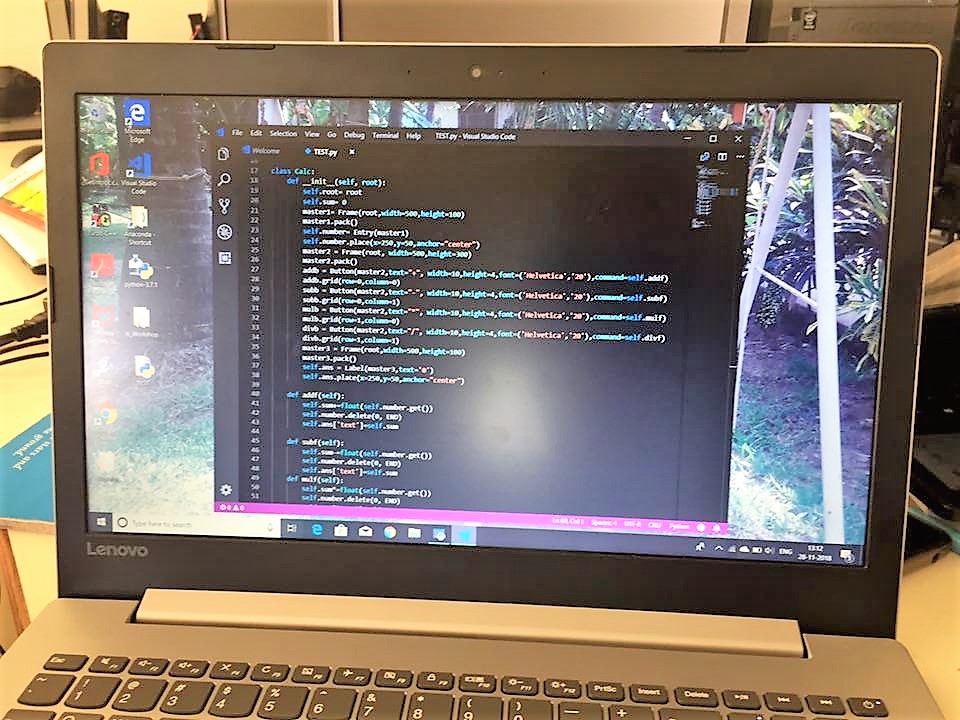 The workshop was a great learning experience which helped the students to develop their programming skills which would help them when they go for various competitions. The Tech club members are looking forward to another workshop!